The Wanted plays for ‘Ice Age 4’ 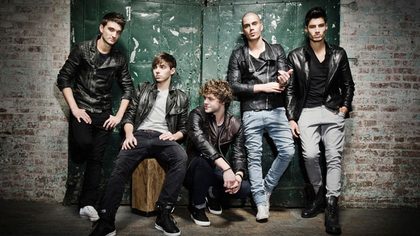 Their single “Glad You Came” was a number one hit in the UK. It has also sold over two million copies in the US.

Their new single, “Chasing The Sun,” is part of the soundtrack of the animated franchise, dubbed “this year’s most anticipated animated feature film.”

In “Ice Age 4: Continental Drift,” Scrat’s nutty pursuit of the cursed acorn, which he’s been after since the dawn of time, has world-changing consequences: a continental cataclysm that triggers the greatest adventure of all for Manny, Diego and Sid.

In the wake of these upheavals, Sid reunites with his cantankerous Granny, and the herd encounters a ragtag menagerie of seafaring pirates determined to stop them from returning home.

Catch the official trailer (and our beloved Scrat) of the movie here:

The Wanted burst into the scene just two years ago, and success hasn’t been elusive.

They’ve sold over 4 million records, 1 million albums and have had sold out performances in London’s O2 Arena.