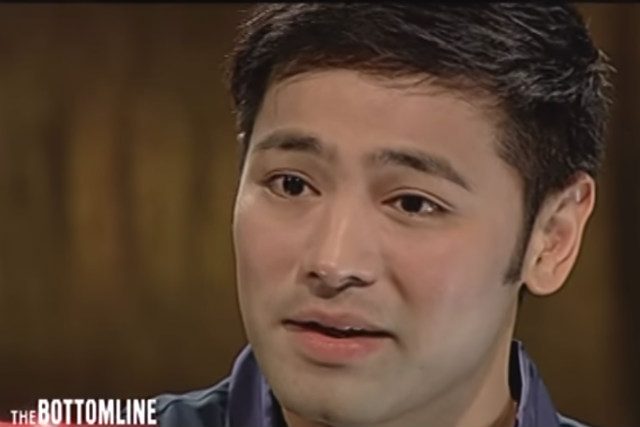 Facebook Twitter Copy URL
Copied
‘It was really hard to forgive myself,’ Hayden says, reflecting on his 2009 sex video scandal

MANILA, Philippines –  Months after he got his medical license back, Hayden Kho said it was hard to forgive himself during the time of the 2009 sex video scandal. After the scandal broke, Hayden’s license was revoked by the Professional Regulation Commission (PRC).

“It was a tough one. It was really hard to forgive myself. In fact, it was even hard to love myself ’cause I know that I have done so many things in the past that na ayoko malaman ng tao, na kinahihiya ko dahil mali (I did not want people to know because it was embarrassing, because it was wrong),” he said during an interview with Boy Abunda on The Bottomline Saturday, October 11.

In 2009, Hayden was embroiled in a sex video scandal, when a video of him and actress Katrina Halili emerged online. Videos of him engaging in sex acts with other women were also leaked.

When asked how he was now, Hayden said that he is now a man with a mission.

On the topic of sex, Hayden said he has learned so much from the controversy, and that it was his choice to abstain from it.

“The design, I think, is sex is for those who are bonded into marriage, and I’m not yet married so I can’t,” he said.

Hayden also opened up about his suicide attempts during the time when his videos were discovered, and when his license was revoked. “At that time, I was very proud of myself. Maybe, full of pride of myself. I was mayabang (arrogant) because I was only 26, and I was a doctor, I was a model, and I was making lots of money. And I was, sumisikat na ako, (getting famous) tapos, and I have lots of girls, parang, ‘Wow, this is the life.’ And then all of a sudden, everything was gonna be taken away from me,” he said.

“When I found out that they got all the hard drives and the videos and all that, I was afraid of what was going to happen, and I didn’t wanna see that, because that would mean I will lose who I am.”

When the video got released, Hayden became popular in the worst possible way.

But after all the trials he went through and after making the necessary changes, Hayden said everything has changed.

“Yung pinaka-importante (What is important) was the desires of my heart changed. Before I was pursuing things that sadly led me to my suicide bed twice. Now, its different. I feel this is my third chance,” he said.

“Everything I do, I point it all back to God, glory is all to God.” – Rappler.com