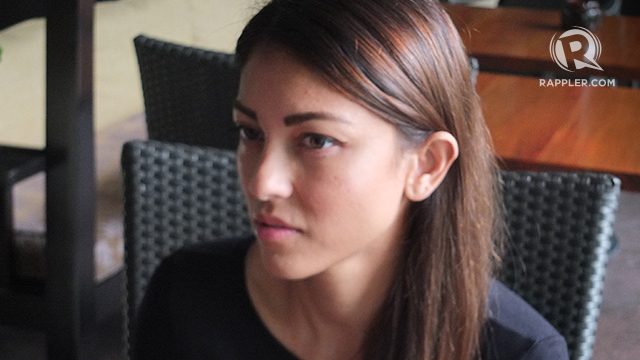 Facebook Twitter Copy URL
Copied
Derek Ramsay thinks he can 'flout the law with impunity on the sheer basis of his intimacy with the presidential sister,' says the lawyer of his wife Mary Christine

MANILA, Philippines – By dating the sister of the most powerful man in the country today, actor Derek Ramsay is insinuating to Justice Secretary Leila de Lima and to the Parañaque Prosecutor’s Office that he is “untouchable” and “above the law.”

This was the claim made by Argee Guevarra, the lawyer of Ramsay’s wife Mary Christine Jolly, during an interview with reporters Wednesday, October 15.

Guevarra said that Austin, Derek and Mary Christine’s son, saw video on television of the two together and was very hurt.

“The video demonstrates in graphic detail the psychological abuse being inflicted by Derek on his wife and child as he slaps and mocks them – and even the entire public – with his shameless display of womanizing and philandering, especially so that he thinks he can flout the law with impunity on the sheer basis of his intimacy with the presidential sister.”

Mary Christine also said that contrary to what Derek claimed about wanting to see his son, there has been no communication from his side. (Derek Ramsay wants the ‘right to be a father’)

When asked if her son wants to see Derek, Mary Christine said no.

“Derek knows from the beginning that Austin opened his heart like any other kid towards [his] father but it was the way Derek treated him…there is no father-son bonding,” she said.

Mary Christine also clarified her decision to withdraw the Violence Against Women and their Children Act complaint she filed against her estranged husband.

She said they filed the motion to withdraw the case Monday, October 13. It has yet to be decided by the Makati Prosecutor’s Office.

“We requested for a motion to withdraw, which can either be granted or denied. We heard from some sources, not the current prosecutor who is handling our case, Fiscal (Erwin) Dimayacyac, but from higher prosecutors that they are being influenced by some celebrity not to give us a favorable resolution,” she said.

“Because we heard this information, we decided to withdraw the case since we are not sure if it would be fair and move it to the DOJ (Department of Justice). But what we found really worrying was the fact that when we tried to withdraw our case on Monday, his camp especially his lawyer (Joji Alonso) opposed the withdrawal.”

Guevarra, Mary Christine’s lawyer, said this was the firs time that he has encountered someone who is opposing the withdrawal of a complaint. He also clarified what Alonso said about his statement and Mary Christine’s being different.

“We recognize the efforts of the extension of the good office of Fiscal Dimayacyac for the parties to come to an agreeable settlement. We recognize efforts but then again this is not about him, he’s okay. But this is about his superiors – we won’t identify them – who receive phone calls from these characters to speak,” he said.

Aside from the Violence Against Women and their Children Act complaint, which they hope to file with the DOJ by the end of October, Derek is also facing a concubinage complaint with actress Angelica Panganiban, who was his girlfriend for 6 years. The two broke up in 2012. – Rappler.com