Oct 16, 2014 11:17 PM PHT
Agence France-Presse
Facebook Twitter Copy URL
Copied
The Ministry of Health stressed that 'no case of the virus has been detected or revealed so far' in Haiti 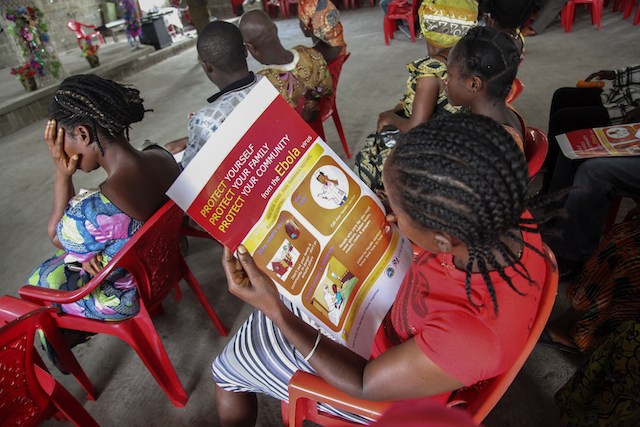 PORT-AU-PRINCE, Haiti – Haitian authorities announced sanitary border controls on Thursday, October 16, to prevent Ebola cases from entering and spreading in the desperately poor country already in the grips of a deadly cholera epidemic.

The Ministry of Health stressed, however, that “no case of the virus has been detected or revealed so far” in Haiti. (TIMELINE: Ebola, a ruthless killer)

But with more than 9,000 Haitians lives lost to cholera in three years, authorities are working hard to prevent another epidemic from hitting the country.

The Ebola outbreak originating out of West Africa has already killed nearly 4,500 people worldwide, according to the World Health Organization.

The Haitian Ministry of Health unveiled a response plan to the deadly hemorrhagic fever that aims to “well equip the population and our health system in order to be prepared for any possibility and reduce mortality as much as possible.”

Among the measures, the government has opened an isolation unit at a base operated by the UN mission in Haiti, known as MINUSTAH.

And sanitary measures will be put in place at airports, ports and at the country’s land and sea borders.

At the international airport of the capital Port-au-Prince, the Ministry of Health Plans to set up a space to place people suspected of being infected with the virus.

And audiovisual warning messages will also be broadcast to travelers.