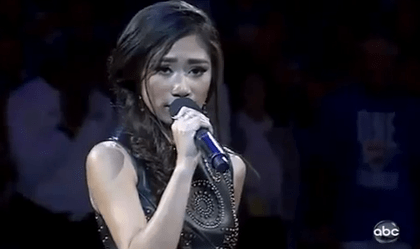 WASHINGTON, United States of America –  The Hollywood Reporter reports that American Idol runner-up Jessica Sanchez will join the cast of Glee for a number of episodes.

Sanchez will appear in the series’ upcoming 4th season. No other details about her character have been released by Fox.

According to another report by Rolling Stone, Sanchez “will most likely start following Idol’s summer concert tour,” which includes a stop in Manila on September 21 at the Smart Araneta Coliseum.

Other guest stars in the next season of Glee are Sarah Jessica Parker and Kate Hudson.

In this backstage interview after the finale of American Idol 11, Sanchez says she wants to be more like Beyonce and Rihanna, who have both delved in acting projects:

This will be Sanchez’s first foray into acting after finishing second to Phillip Phillips in American Idol. – Rappler.com