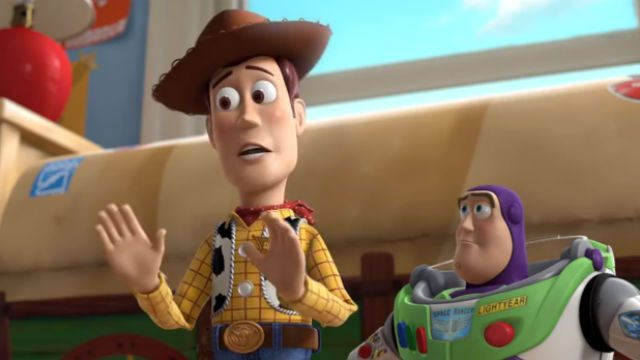 MANILA, Philippines – Could anything top the heartache and emotional heft of Toy Story 3? Toy Story 4 just might.

Disney/Pixar has announced that Toy Story 4 will hit theaters in June 2018.

(Update: Disney has announced that Toy Story 4 will be expected to debut in 2018. This story has been updated).

The film will be directedby John Lasseter, who also helmed the first two Toy Story movies. According to the press release, the story is by Lasseter, Andrew Stanton, Pete Docter and Lee Unkrich, “the storytellers who have been the driving force behind all 3 Toy Story films.”

“We love these characters so much; they are like family to us,” said Lasseter. “We don’t want to do anything with them unless it lives up to or surpasses what’s gone before. Toy Story 3 ended Woody and Buzz’s story with Andy so perfectly that for a long time, we never even talked about doing another Toy Story movie. But when Andrew, Pete, Lee and I came up with this new idea, I just could not stop thinking about it. It was so exciting to me, I knew we had to make this movie—and I wanted to direct it myself.”

In the first Toy Story film, we’re introduced to Woody, a cowboy doll who belongs to Andy. The toys come to life when the humans aren’t around, and in the first film, they meet Buzz Lightyear, a trendy astronaut toy who doesn’t know he’s “a child’s plaything.”

In the second Toy Story movie, Woody is stolen by an avid toy collector. During this adventure, he meets Jessie, a cowgirl doll, who later appears in the next film. Buzz and friends set off to rescue Woody, and everyone, of course, is reunited in the end.

The third movie saw Andy finally letting go of his old toys, including his favorite, Woody – but not after numerous adventures from the gang, including a visit to a scary (for the toys) Day Care center. – Rappler.com