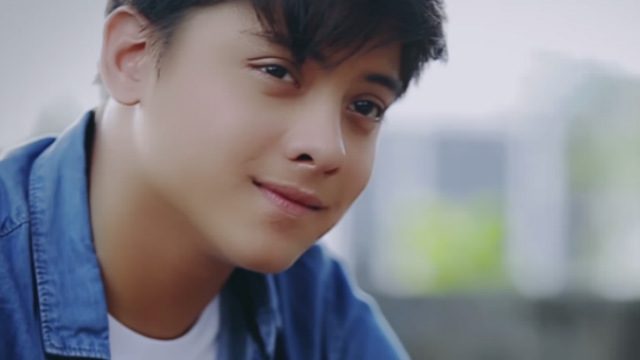 MANILA, Philippines – Star Music has released Daniel Padilla’s version of the song “Pangako Sa ‘Yo” which is also the title of his new teleserye with on-screen partner Kathryn Bernardo.

Released last December 24, the video shows Daniel looking at photos of him and Kathryn. The video also showed a short clip from the teleserye’s trailer, which was aired a few weeks back.

The song was written by Rey Valera and was originally recorded by Sharon Cuneta. Vina Morales recorded the song for the teleserye that aired in 2000 starring Jericho Rosales and Kristine Hermosa.

Pangako Sa’ Yo revolves around the story of Angelo and Yna, who fall in love and are shocked to discover that they might be half-siblings.  However, upon discovering their parents’ past, they are happy to know that they can be together.

Aside from the Angelo – Yna love story, the show also became famous for the rivalry of Amor Powers and Claudia Buenavista, played by Eula Valdez and Jean Garcia in the original iteration.

In a previous interview, Kathryn said she was excited to do the teleserye.

(Wow! So happy. Because all of us know ‘Pangako Sa ‘Yo.’ I don’t know anyone who didn’t watch that, and I was still young then.)

Pangako Sa’Yo aired in over 20 countries, making it one of ABS-CBN’s most popular dramas aired internationally. – Rappler.com