In an episode of Kris TV, which aired Monday, December 29, Kris, along with the staff of the show, was hearing mass officiated by Fr. Rogie Castellano. Kris was later informed that she had a visitor and was surprised to see Herbert. He personally went to congratulate the TV host for the success of her movie Feng Shui 2 and her son Bimby’s movie The Amazing Praybeyt Benjamin 2. 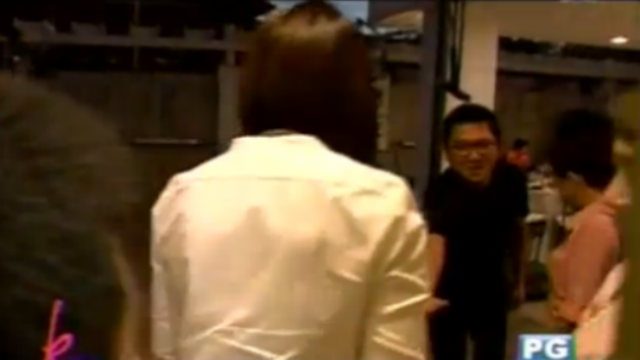 Last April, news of a romance between Kris and Herbert surfaced, when the two were spotted going out. Kris later confirmed that she and Herbert indeed were dating. However, weeks after, the romance fizzled.

In an interview via Bandila last June, Herbert said he stopped courting Kris because his children were affected by the news coming out about them. Kris meanwhile said she was hurt, but learned many lessons from it, and that they remained friends.

Darla Sauler, Kris’ friend, said that she was happy that Kris found peace and happiness before 2014 was over. – Rappler.com