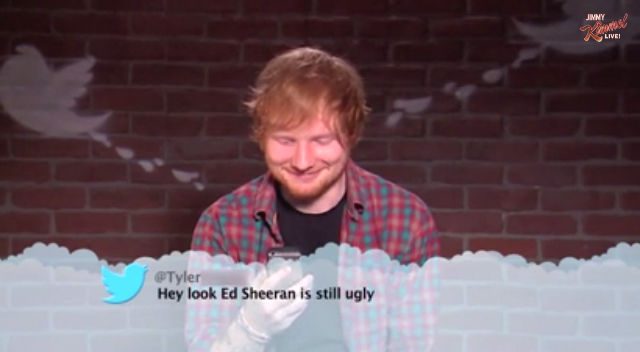 “@MMMKandiYamz would like to tell me, ‘Drake looks like Voldemort with hair,’” Drake read, while shaking his head in response.

Watch the video to Psy’s hilarious reaction to a particularly awful comment about him.

Here’s an older version of Mean Tweets, featuring musicians back in 2013:

What was your favorite ‘mean tweet?’ Sound off in the comments! – Rappler.com