MANILA, Philippines – Actors Coco Martin and Angel Locsin are talking about the experience of bringing to life the story of a Filipino hero and his fiancee.

Drama anthology Maalaala Mo Kaya will feature a special two-part tribute episode (airing April 25 and May 2) dedicated to the fallen 44 officers who died in the Mamasapano clash in Maguindanao. The episode will focus on the lives of two Special Action Force members and the circumstances leading up to their untimely deaths. (READ: The SAF 44: Our sons, our heroes)

Coco will play Senior Inspector Garry Erana and Angel will play his fiancee Suzette Tucay, an aspiring lawyer. Ejay Falcon will portray Rennie Tayrus, another deceased member of the SAF. Shooting that went on for less than a week left the cast drained, but despite that, Coco explained that at the end of the day, he dedicated his portrayal to the fallen 44. (READ: Inside Mamasapano: When the bullets ran out)

(This is for the SAF, the Fallen 44. We really stood by the truth, and what should be shown about their lives, and the story that should be told…We really made all the scenes, the episodes, and our portrayals as real and as authentic as possible.)

Coco Martin: Roles like these are why I’m an actor

Coco said that he was proud to portray one Special Action Force (SAF) member: the late Senior Inspector Garry Erana, a member of the 55th Special Action Company, a unit in the SAF responsible for relieving the 84th unit, whose purpose was to neutralize Zulkifli bin Hir, or “Marwan.” However, he and 34 of his men lost their lives in the massacre, along with 9 other members of the 84th unit.

In order to prepare for the role, Coco spoke with the siblings of Erana and was further driven by the impact this character had on him.

(It was more touching because we were visited by Sir Garry’s siblings, and they told us their stories.)

Coco also said that roles like these give acting a deeper purpose. (I think the reason why I became an artist was because I had a calling. I also have a reason why I’m here, because I will give a face to one of our heroes. Maybe that’s my purpose as an actor.)

Now viewers can get a glimpse of Erana’s life before it was taken away, a life with his beloved fiancee Suzette (Angel Locsin).

(It’s a joy to be working with Angel Locsin[…]Whatever I know of Angel in and out of the movies and television, and when I knew her then, she’s still the same person now. She’s a good and genuine person.)

Actress Angel Locsin said she made sure to talk with Garry Erana’s fiancée Suzette before playing her on the two-part episode of Maalaala Mo Kaya.

Suzette Tucay is the fiancee of Erana, whose dream of becoming a lawyer sent her to Auckland in New Zealand to study. According to a report by ABS-CBN, Garry helped fund her studies there. They were supposed to marry sometime in 2016.

According to Angel, she saw Suzette as a fragile person when they met, but understood that she was a very strong woman. 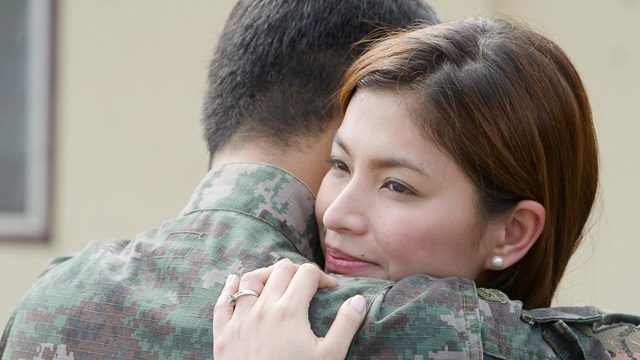 (If we love the person, let’s not overthink because life is short. We need to make them feel that we love them, and at the same time, it really feels good to love right? Give it your all because you’ll never know when the person will be gone.)

Angel said she really wanted to work with Coco.

(When they said it was Coco, I said I’m okay. I am good with that. I really want to work with Coco.) 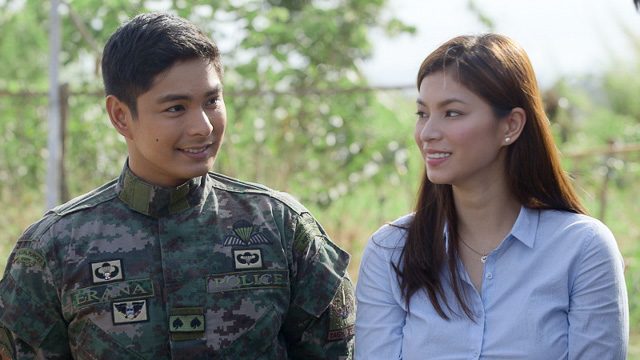 (Coco is a very creative person. If you see each other and have dinner, he already has a concept. ‘Let’s do a movie.’ He’s a funny guy. Ever since I really requested to work with Coco but because of different schedules and other commitments…that’s why I’m happy that we worked together even if it’s only in MMK.)

As for her message to the grieving families and loved ones of the fallen officers, Angel said:

(I want them [the families of the Fallen 44] to know that we don’t know how painful it is what they are going through…but we hope that what we did, through MMK, we hope it would help them despite their grief. And we hope this will be able to help seek the justice they deserve. In showing the stories of the two SAF officers, we showed that they are also going through many challenges like us. We hope people will appreciate what it means to be part of the police.) – Rappler.com

The first part of the special tribute for the 44 SAF commandos in MMK airs this Saturday, April 25, 7:15pm, after Home Sweetie Home on ABS-CBN.