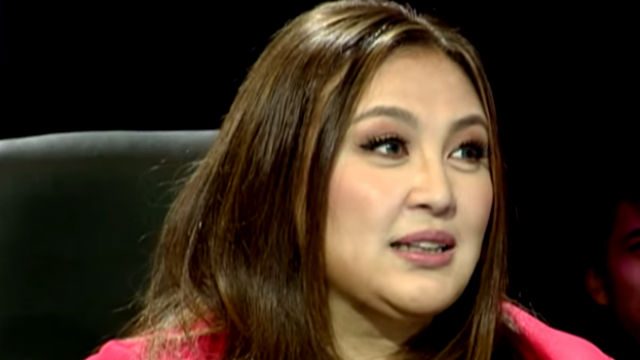 According to a report from ABS-CBN, Sharon said the award was very special for her.

“Para sa akin, (For me) it’s a gift from the people who followed your career, enjoyed your work, respected your work and appreciated you. It’s a very, very special award,” Sharon said.

On her Facebook page, Sharon also thanked her family and friends who have been with her through her career. She also thanked the late Comedy King Dolphy.

“Sayang, Tito Dolphy – I didn’t even have the honor of being able to do a movie with you. But you have left me many lessons that I will treasure and remember for the rest of my life. And I will continue to emulate you and FPJ. Truly, the biggest stars are the ones who never, ever had to toot their own horn. Instead, they remained the humblest, and most loved. THAT is what I will always aim for.

(Thank you Tito Dolphy. The honor I received, which was named after you, and I was not able to mention you. Thank you so much.)

“I love you, Tito Dolphy, wherever you are. Without you, I couldn’t have received such an honor,” Sharon wrote.

Last March, Sharon returned to ABS-CBN after leaving TV5. She is currently part of Your Face Sounds Familiar, where she sits as one of the jury members. –Rappler.com