Maja Salvador not giving up on love: ‘Masarap umibig’ 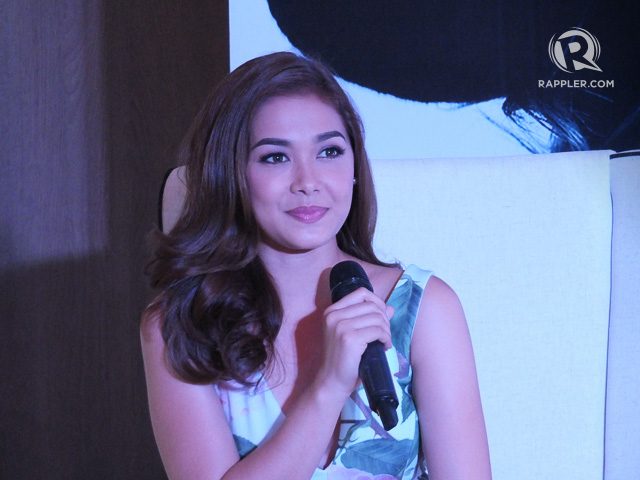 MANILA, Philippines – Actress Maja Salvador said she is doing well after her breakup with Gerald Anderson.

In an interview with reporters at the launch of her new album Thursday, May 14, Maja said she respected what they had.

(I guess the reason why I’m not really talking about it is because I respect the two years we had. I am okay with it. Whatever is his reason or whatever he is going through, I pray for him.)

(I am very happy because there’s so much work, and that’s where I’m focused.)

When asked if she was traumatized by her experience in the romance department, Maja said: “Hindi, masarap umibig.” (No, it’s nice to love.) After the success of her first album, Maja has also released her second album entitled Maja In Love under Ivory Records. The album contains 6 songs with two bonus tracks of the carrier single “Bakit Ganito Ang Pag-Ibig.”

(When I was a kid, I really liked to sing even in the bathroom. Now, I can bring out my voice and the songs I want to sing, especially during a mall show.)

(You cannot avoid that [comparison]. When Kim and I saw each other, I even sang her song to her. I am one of her supporters, since she was the first to launch an album – Crazy Love. Of course she’s my friend, so I will support her.)

Maja will formally launch her second album on Sunday, May 17 at Robinsons Mall Ermita.– Rappler.com