Grace Poe for president: Nora Aunor says she will campaign ‘101%’ 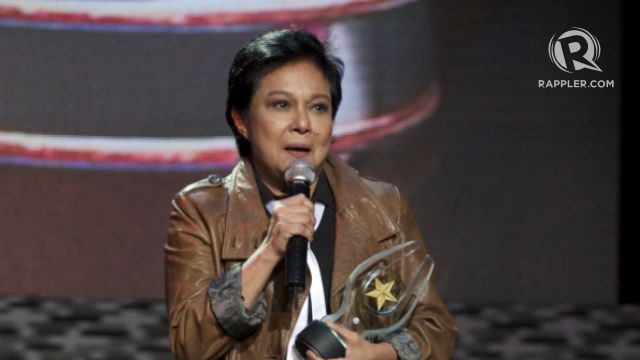 MANILA, Philippines – Actress Nora Aunor said she will support Senator Grace Poe if the senator decides to run in next year’s elections.

According to a report from GMA News, Nora said this after attending a Senate hearing on promoting independent Filipino films, where she was also presented a Senate resolution commending her Lifetime Achievement Award from the ASEAN International Film Festival and Awards (AIFFA.)

(She showed a good example of how competent one should be, an example that people in government should follow. If you ask me, if I’m the one to speak, she should be president.)

“The Senate on several occasions acknowledged outstanding Filipinos for their astonishing feat of bringing home pride and glory to the country by becoming champions in the international scene,” the resolution said.

This is the latest achievement given to Nora, who recently won Best Actress for a Foreign Film for the movie Dementia at the St Tropez Film Festival in France.

Her latest movie Taklub, directed by Brillante Mendoza, is part of the Un Certain Regard section of the Cannes Festival happening from May 13-24 in France. – Rappler.com