Ely Buendia’s postcard campaign to get Ringo Starr to Manila 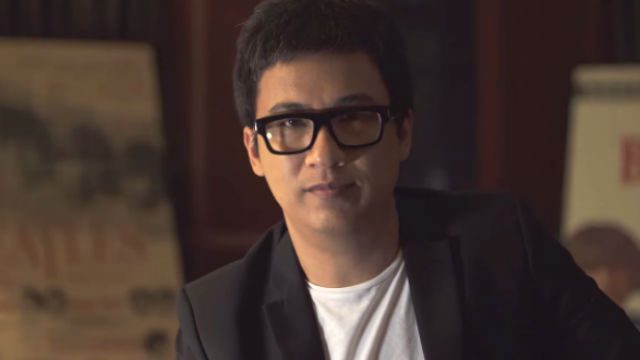 Facebook Twitter Copy URL
Copied
'He didn’t get a very good picture the last time he was here and maybe we can all work it out to bring him back,' Ely says

MANILA, Philippines – Musician Ely Buendia is asking Filipino fans to urge Beatles drummer Ringo Starr to visit the Philippines by tagging him when posting pictures of the country’s beautiful islands and tourist spots.

Postcards from Paradise is the name of RIngo Starr’s latest album, and he previously asked his followers to send out beautiful pictures of the world.

In a video posted on YouTube, Ely talked about the Beatles’ previous visit to Manila, saying that when they visited in 1966, they vowed never to return again after they were booed and chased at the airport for not attending a party organized by then First Lady Imelda Marcos. The Beatles came to Manila in July 1966.

“He didn’t get a very good picture the last time he was here and maybe we can all work it out to bring him back,” Ely said on the video.

He also took to Twitter to ask Filipino fans to help him with the campaign using the hashtag #postcardsfromparadise.

Come on Beatle fans, time to put your money where your mouth is. Make sum noize!

Carlos Celdran was one of the first to tweet his support for the campaign.

Please join and send your scenic photo of the Philippines to convince Ringo to visit again! Post your photo and tag #postcardsfromparadise

Other followers also tweeted photos of the Philippines’ beautiful spots.

Ely posted a few photos on Instagram about the places he recently visited using the hashtag.

Hey how long do I have to keep this tree up? #postcardsfromparadise

Ely posted the video back in April, and fans continue to tweet their pictures. – Rappler.com