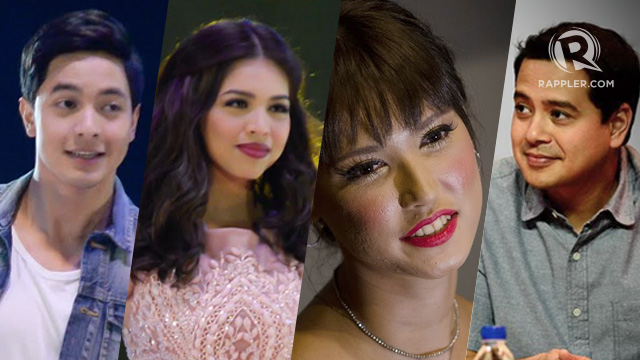 Several changes have now been made to the lineup with regard to the cast.

The original title of the movie was Death and Senses.

The original title was Mr and Mrs Split but Kris announced in Aquino and Abunda Tonight Friday, September 25 that the title will be Pamilyang Love, Love, Love. Herbert confirmed that he will no longer star in the movie. (READ: Herbert Bautista out of MMFF movie with Kris Aquino)

Robin Padilla was originally supposed star with Maria, but had to back out to take care of his wife Mariel Rodriguez. Mariel later suffered another miscarriage. Cesar Montano replaced Robin in the movie.

That Thing Called Tadhana star JM de Guzman was supposed to star with Jennylyn but was later dropped from the film, according to lawyer Joji Alonso, the producer of the movie. Jericho Rosales replaced JM in the film.

Hermano Pule will no longer be part of the film festival. A representative for the festival confirmed to Rappler that Erik Matti’s movie Honor Thy Father starring John Lloyd Cruz will replace the spot. The film will be called Con Man. It was later changed back to Honor Thy Father.

The films, in competition for the season’s awards, will hit theaters Christmas Day, December 25. – Rappler.com