Jiro Manio done with showbiz, says he has nowhere to go 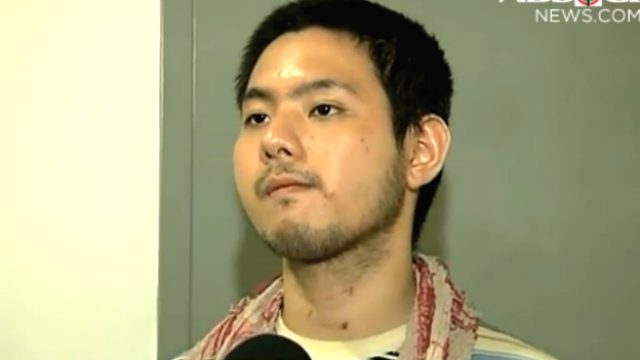 MANILA, Philippines – After he was spotted roaming around Ninoy Aquino International Airport Terminal 3, former child actor Jiro Manio was taken into custody by NAIA security, then reportedly picked up from the lobby later on by his relatives.

In an interview with ABS-CBN, Jiro, 23, real name Jiro Katakura, said he was done with acting and spoke a little about his current situation.

(I do not have anywhere to go. Naturally, I would stand by here. Then I’ll leave.)

Asked where he was going, he kept mum.

When asked about his family, he said : “Hindi, wala akong tatay.” (I have no father.)

According to another ABS-CBN report, Andrew Manio, identified as his foster father, said that the former actor left home when they fought last Saturday. He also entered drug rehabilitation for the second time this year.

(No. I am not an actor. I just entered showbiz so I could gain some intelligence. After that, it’s my own decision. Step, by step, not forced.)

Jiro rose to fame in the movie Magnifico, where he won several awards. He also appeared in various movies and TV shows, including Ai-Ai delas Alas’ Ang Tanging Ina series.

In 2011, Jiro, who has two children, entered rehab for drug use. In a 2012 interview with ABS-CBN, he spoke about being motivated to battle his demons in order to best care for his children. – Rappler.com