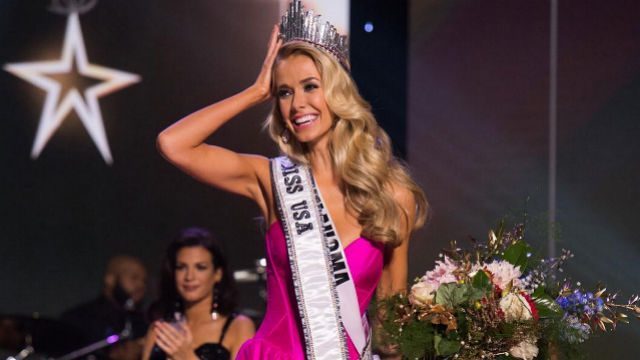 Facebook Twitter Copy URL
Copied
'This organization is not one person. It’s definitely not just me, it’s not just one leader, it’s a family that many are working together,' she says

Olivia will represent USA in the upcoming Miss Universe 2015 pageant which has yet to be scheduled. She also held the title of Miss USA World in 2013. Donald owns both the Miss USA and Miss Universe pageants.

In a video interview posted by NOLA.com/The Times-Picayune, Olivia, 26, from Oklahoma, said that immigration is a great concern that should be addressed, but that the Miss Universe organization is not just represented by one person.

“I think we have freedom of speech in this country, and that’s a beautiful right. And it helps draw attention to issues that are important and certainly immigration is an important issue in this country and I think we can all agree on that,” she said.

“This organization is not one person. It’s definitely not just me, it’s not just one leader, it’s a family that many are working together. This organization definitely celebrates diversity, and I think that was clear onstage tonight. And I look forward to being a part of this brand and part of working forward to spread the message of love and diversity and acceptance,” she added.

The Miss USA pageant was not spared from controversy following Donald’s statements about Mexico. Hosts Thomas Roberts, Cheryl Burke and Jeannie Mai dropped out of hosting duties, with some of the original judges and performers also cancelled their appearance on the show.

Donald has angered many in America with comments he made in announcing his run for the Republican presidential nomination. Hispanics are the country’s fastest growing minority, and the majority of US Hispanics are of Mexican descent and origin.

In a rambling 45-minute speech, Trump said: “When Mexico sends its people, they’re not sending their best.”

Trump’s comments triggered criticism both in the United States and Mexico.

NBC and Televisa announced that they cut ties with Donald and that they will not air the Miss USA and Miss Universe pageant.

Miss Universe 2014 Paulina Vega also spoke up, saying she was disappointed to hear her boss’ comments about Mexico. – with reports from AFP/Rappler.com