Facebook Twitter Copy URL
Copied
The Oscars were handed out by celebrity presenters but had no host in 2019, 2020 and 2021

The actors are finalizing details and an announcement will be made on Tuesday, February 15 on ABC’s Good Morning America, Variety said. ABC, owned by Walt Disney Co, will broadcast the Oscars ceremony on March 27.

The film industry’s highest honors, which are handed out by the Academy of Motion Picture Arts and Sciences, have not had a host since 2018.

Schumer won an Emmy in 2015 for her variety sketch show Inside Amy Schumer. Hall is known for movies including Girls Trip and Little. Sykes stars in and created The Upshaws and played a recurring role on Black-ish.

Representatives for the actors, the academy and ABC did not immediately respond to requests for comment.

The Oscars were handed out by celebrity presenters but had no host in 2019, 2020 and 2021. Ratings for the telecast have fallen in recent years, dropping to a low of 10.4 million people in the United States in 2021. Viewership of other entertainment awards shows also has declined.

The 2021 Oscars ceremony was scaled down because of the COVID-19 pandemic. The awards were handed out at a historic train station in downtown Los Angeles in front of a small audience of nominees and guests.

This year, organizers have said the show will return to its longtime home of the Dolby Theatre in Hollywood.

Netflix Inc’s gothic Western, The Power of the Dog, leads the field of this year’s Oscar nominations with 12 nods, followed by science-fiction epic Dune with 10. – Rappler.com 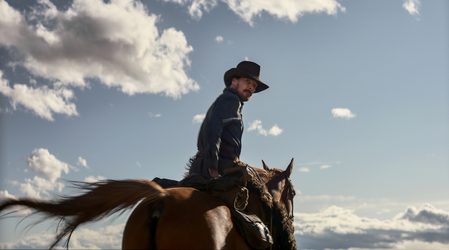