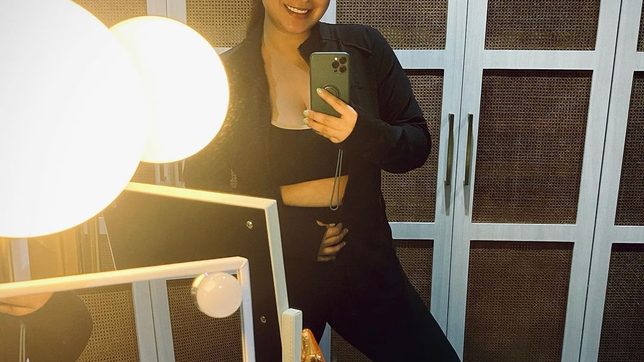 SELF-LOVE. The actress reminds followers to love themselves as she shares a weight loss update on Instagram.

After being body-shamed on social media (and even in a DepEd module) in the past, Angel Locsin is reminding her followers to “love every inch” of themselves.

On Tuesday, September 21, the actress posted an update on her weight loss journey, sharing a mirror selfie of herself in workout clothes with her figure noticeably trimmer.

In the caption, she wrote “Remember to love every inch of you.”

The post was met with encouragement from her fellow celebs, including Marian Rivera, Angelica Panganiban, Anne Curtis, and Isabelle Daza.

In June, Angel shared on Instagram that she had started on an 800-calorie diet, as recommended by a nutritionist.

It’s been a challenging fitness journey for Angel in the last few years. In 2015, she suffered from a spine injury that left her unable to train and do stunts for Darna, which she starred in as the titular superhero in 2005.

In a 2019 interview with Boy Abunda, she said that the condition kept her from doing many physical activities like running, twisting, and jumping. In the same interview, she also shut down body shamers, saying she takes pity on them because they live a sad life. – Rappler.com