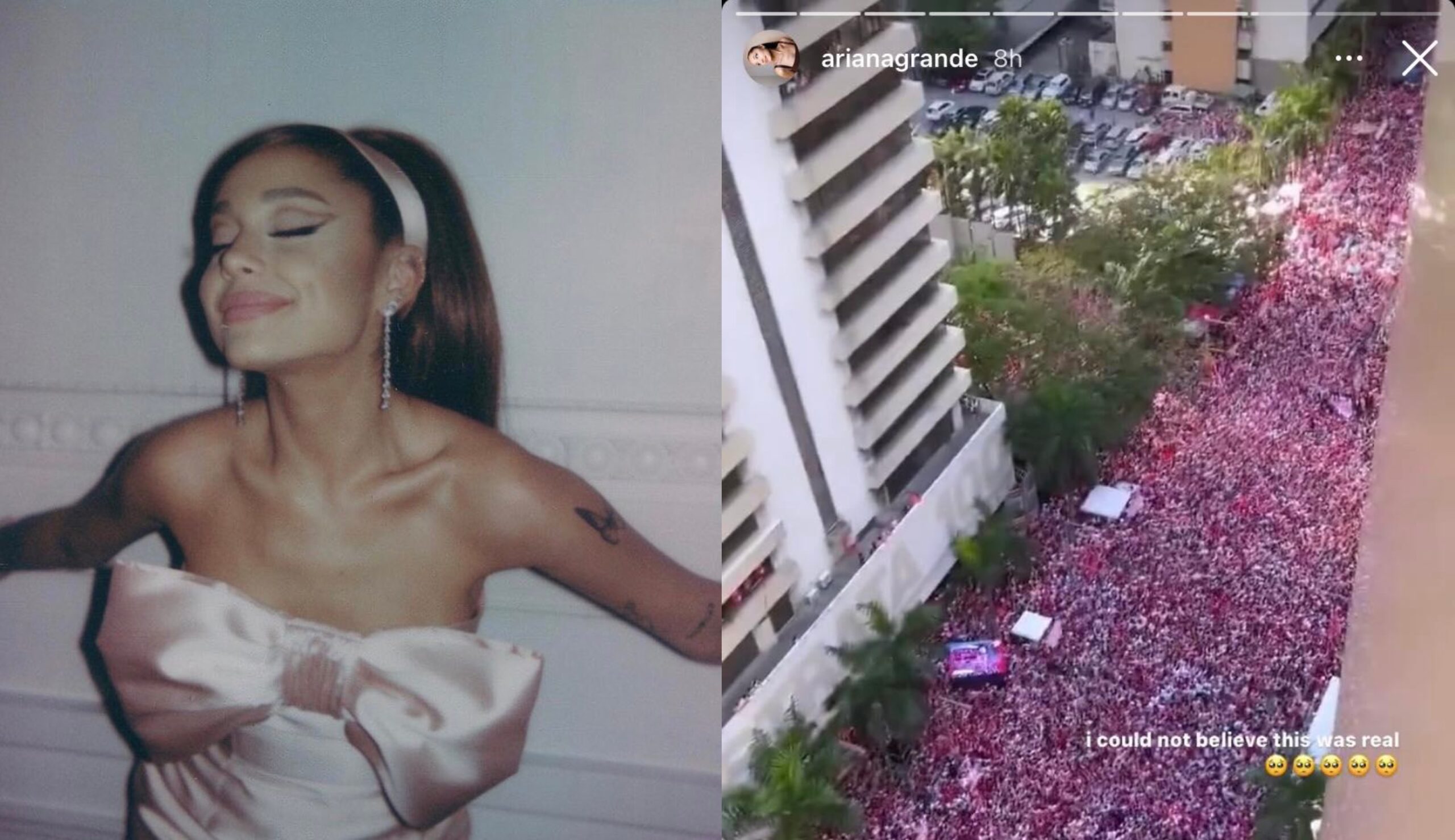 Facebook Twitter Copy URL
Copied
'I could not believe this was real,' says the American pop superstar

The singer-songwriter reposted on her Instagram a video of the crowd at Emerald Avenue, Pasig City where people clad in pink were heard singing her 2014 hit song “Break Free.”

“I could not believe this was real. I love you more than words,” she captioned the clip.

Ariana also shared another video of the crowd jumping along to her song as if they were in a concert. She reacted to the video with three pleading face emojis.

Following her Instagram stories, Ariana quickly topped the Philippine Twitter trends with the hashtags for the Pasig rally.

The singing of “Break Free” during the political rally was part of a performance by Filipino drag queens, lead by Minty Fresh who even dressed like Ariana Grande.

Twitter users marthawilsona and haarvzxc, the original uploaders of the videos Ariana posted, shared their disbelief and excitement in having their clips reposted by the American superstar.

Organizers said that the rally recorded more than 90,000 ‘Kakampinks,’ beating Bacolod’s number of 70,000 and making it the biggest of all Leni-Kiko sorties across the nation.