Spotlight: ‘Tenement 66’ proves Francine Diaz is an actress to watch out for 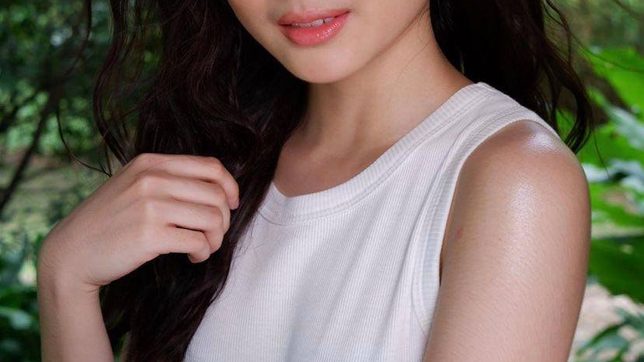 TENEMENT 66. Francine Diaz ventures into a different genre for her latest project.

Francine Diaz has come a long way from playing the iconic Cassie Mondragon in Kadenang Ginto.

Considering how demure and kind her break-out character was, it’s refreshing to see that Francine in a dark and edgy role with the thriller film Tenement 66.

Most challenging role yet

Tenement 66 follows neighbors Lea (Francine), Teban (Francis Magundayao) and Ron-Ron (Noel Comia Jr.) who decide to rob their neighbor Old Man Nando (Lou Veloso) after Lea sees him steal a large sum of money.  The group of teens proceed with their plan, but are caught shortly after, leading to Lea being held hostage.

In an interview with Inquirer, Francine said she started working on the film in October 2020, just months after Kadenang Ginto finished airing. “I said yes to the project because I liked the role. I got used to playing the sweet Cassie. She never gets physical when she’s angry. Lea, on the other hand, is something else,” she explained.

She added that playing the character is already an achievement for her. “She is brave, angsty and fearless. Playing her was memorable. I never imagined I’d be able to portray someone like her. This is an achievement that I was proudly able to unlock,” Francine said.

During the movie’s blog conference, Francine also revealed that the character is her most challenging role yet. “Nakakatuwa na mabigay sa akin ‘yung ganitong character kasi na-explore ko ‘yung sarili ko and of course, sa pag-acting ko. Masasabi ko naman na nabigyan ko ng justice kasi I gave my best,” she said. (It’s fun to be given the chance to play this character because I was able to explore my capabilities as an actress. I can say I was able to give justice to it since I did my best.)

Director Rae Red admitted that making Francine look feisty for her character was a challenge for them. “Ang sweet kasi ng mukha niya (She has a sweet face). How do we turn her sweetness into someone who’s tough, someone na maangas (that’s arrogant). ‘Yun ang naging main challenge (That was the challenge) to break out from her sweet exterior and bring out her toughness,” she said.

She added that she specifically chose a younger generation of actors for this film. “Yung ‘younger generation na naiinherit ang mundong ‘to (It’s the younger generation that inherits this world) and they’re forced to do bad things for them to survive. At the end, gusto kong ibreak nila ‘yung cycle. ‘Yun ‘yung gusto naming ihatid sa pelikula (I want to break the cycle. That’s what we want to relay in our film.)

“It’s a social commentary of how the Philippines is working at the moment. There’s a power struggle lesson that you will see when you watch the film,” Francis added.

Relating to her character Lea who was forced to steal because of her family’s financial situation, Francine said, “Ang only way out ng character ko doon ay gumawa ng masama. Wala siyang ibang option kundi ‘yun na lang ang gawin niya. ‘Wag agad tayo mag-judge. (My character’s only way out was to do bad things. That’s her only option. Let’s not judge hastily.)”

Rae also said shooting the movie during the pandemic was another challenge. They had to conduct zoom meetings for workshops and only met each other during the first day of filming. Despite the uniqueness in their preps, she’s proud of how the three young actors delivered their performances.

“Sobrang na-appreciate ko ‘yung hard work na ginawa nilang tatlo. Nagpay-off talaga. (I really appreciate the hard work of these three. It really paid off.) I’m very happy with the work that they put in,” she said.

“It’s still an honor to represent the Philippines despite the grim things happening,” Rae said.

Just the start for Francine

Tenement 66 is the first time for Francine to not work with her Kadenang Ginto co-stars Kyle Echarri, Andrea Brillantes, and Seth Fedelin. The four of them are also often called “The Gold Squad.”

(At first, it was disorienting. But as time passes, it’s fun. I was able to meet new friends and work in a different environment.)

It has only been a year and a half since Kadenang Ginto ended in February 2020, but Francine has been busy with several projects on top of Tenement 66. With her “The Gold Squad,” she headlined the anthology series Click, Like, Share, and the inspirational drama Huwag Kang Mangamba. She also starred alongside Kim Chiu in Bawal Lumabas: The Series.

Given how in-demand Francine is now, it’s almost hard to imagine that once upon a time, she mostly had supporting roles, often playing the young counterparts of Kapamilya actresses in their dramas. She played the young Sari Elizondo (Ellen Adarna) in Pasion de Amor, Pinang Crisostomo (Erich Gonzales) in Be My Lady and young Bianca Agbayani (Kim Chiu) in Ikaw Lang Ang Iibigin.