Facebook Twitter Copy URL
Copied
The actor reveals his battle with vasculitis, a rare disorder that also impaired his ability to walk for more than a year

MANILA, Philippines – Hollywood actor Ashton Kutcher admitted that he was “lucky to be alive” following his struggle with a rare autoimmune disorder that rendered him almost blind, deaf, and unable to walk for more than a year. 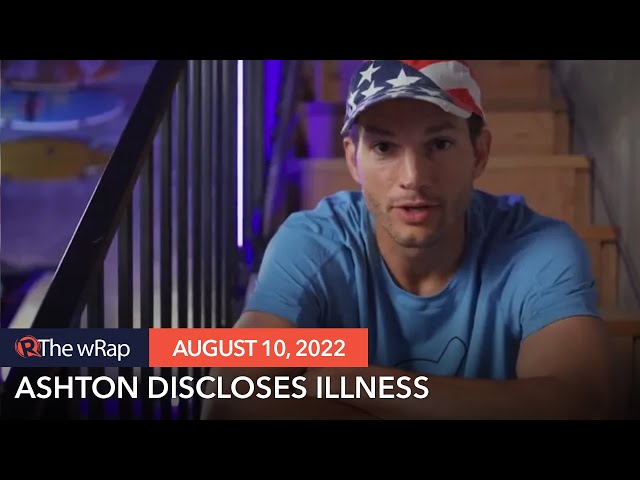 “Two years ago, I had this weird, super-rare form of vasculitis that knocked out my vision, and knocked out my hearing, and knocked out all my equilibrium. It took me, like, a year to build it all back up,” said the 44-year-old star in an episode of Running Wild With Bear Grylls: The Challenge.

Kutcher took to Twitter to clarify that he was diagnosed with the “autoimmune flare-up” three years ago.

“I had some impairments hear, vision, balance issues right after. I fully recovered. All good. Moving on,” he wrote.

According to the National Health Service UK, vasculitis happens when a person’s immune system attacks their own blood vessels, causing inflammation that may restrict or cut off the flow of blood. This could be triggered by an adverse reaction to a certain medicine, an infection, or other unknown causes.

The severity of its symptoms vary depending on which parts of the body were affected, as noted by the NHS. In milder cases, it could manifest through fatigue, aches, muscle pains, fever, loss of appetite, and weight loss. Although Kutcher did not disclose what his specific diagnosis was, it is clear from his symptoms that his case was on the extreme side.

The actor confessed that suffering from such illness, which almost put him at death’s door, granted him a new perspective on life.