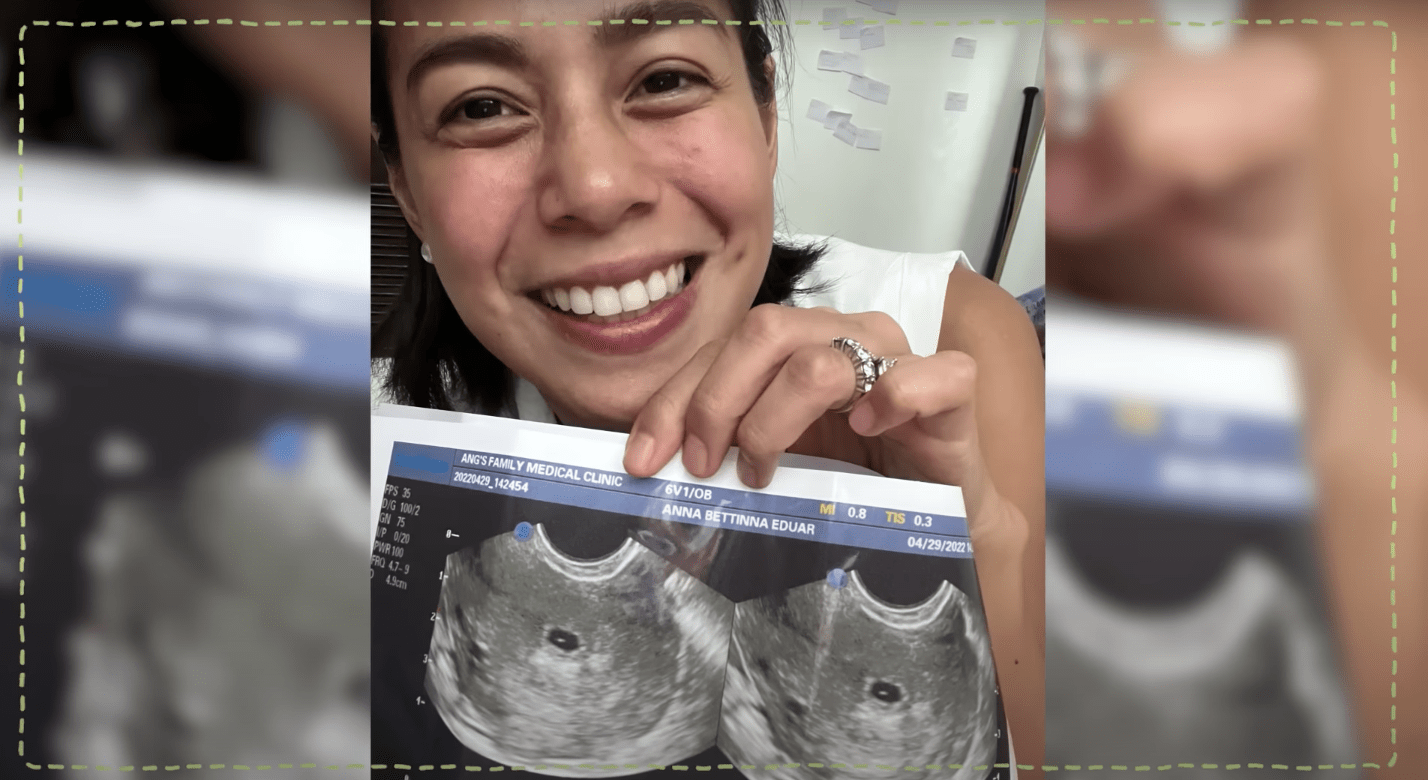 Facebook Twitter Copy URL
Copied
'When I think about my pregnancy, I can’t help but really say that God knows His time for everything, His timing is always perfect,' says Bettina

MANILA, Philippines – Bettina Carlos announced that she is pregnant with her first child with husband Mikki Eduardo, four months after sharing in February that she had suffered a miscarriage.

In a vlog released on Sunday, June 18, the actress shared that she found out she was pregnant last April when she checked if it would be safe for her to consume alcohol during a celebration. “Biglang nag-positive (It suddenly turned positive)! There were two lines pero ‘yung second line, faint!” 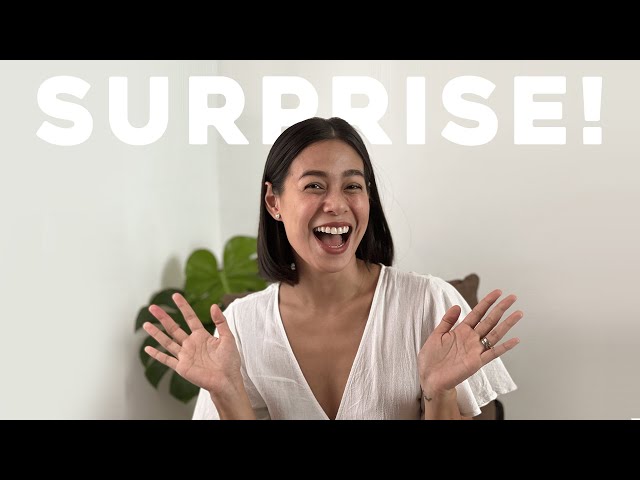 Bettina said that at first, she was skeptical of the results: “We’re not supposed to get pregnant until six months after my pelvic laparotomy.” The actress underwent the pelvic laparotomy surgery after she had an ectopic pregnancy and lost her baby Wammy.

She also admitted to “holding off [her] excitement” despite taking more pregnancy tests that showed the same positive result. “Coming from a loss, miscarriage, baka mawala na naman, so hindi rin ako masyadong give na give na, ito na ‘yun (I might lose it again, so I wasn’t really hoping this was it),” she said.

Aside from coming from a surgery, the actress also said that this was an unexpected pregnancy, because she and husband Mikki were not “really so keen on trying to be pregnant.” “I felt like ka-kamove on ko palang from Wammy (I’d just moved on from Wammy), I’m starting to feel better and feel like myself again. Tapos, sobrang nagulat kami (But then we were really shocked), we’re pregnant,” she continued.

“When we think about it, in the same year we had Wammy and lost him, God gave this new baby to us and I am due to give birth in December – all [in] the same year, end to end!”

She continued, “When I think about my pregnancy, I can’t help but really say that God knows His time for everything. His timing is always perfect.” The actress also got teary eyed while showing a sonogram of her baby and compared it to the sonogram of her previous unborn child.

Bettina also shared video clips from their visit to the doctor, where the OB assured her that it was not an ectopic pregnancy. “Our baby is right in the middle of my uterus where the baby should really be,” she said.

Bettina, 34, married her husband Mikki Eduardo in December 2020. She has a daughter named Amanda Lucia from a previous relationship. – Rappler.com