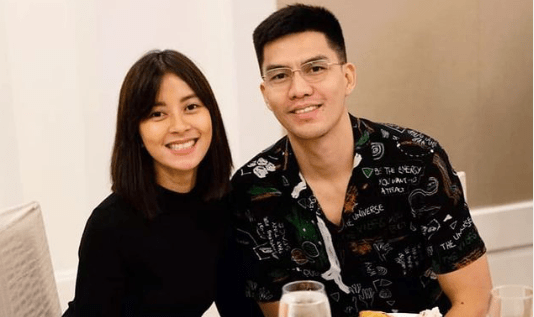 “I may not have been there at the start of your 20-year basketball journey, but I am so proud and honored to be by your side and the end of it,” the television host wrote.

Bianca also expressed how she admired JC’s attitude inside the court. “I so deeply admire your work ethic, integrity, and how mentally strong you were on days that you had a bad game, that your team had a big loss, or when you’d read nasty feedback. You may not know it, but you being you helped me deal with many of my toughest days.”

She also shared how her husband’s kindness helped inspire her to do the same. “It makes me incredibly proud hearing so many stories of aspiring athletes who look up to you and also colleagues whose lives you’ve touched. You were always so genuine and kind with how you connected with them,” she said.

Bianca also recalled the feeling of watching JC’s games as his girlfriend and later, wife. “It may seem like ‘normal lang’ but I assure you, deep inside, I would always be soooo kilig and proud to sit there, watching you, with my heart racing every time you’d hold the ball.”

She then concluded her post with a promise to be JC’s “cheerleader for life.” “Even though you won’t be playing pro basketball anymore, I promise to be your #1 cheerleader FOR LIFE, alongside two little cheerleaders, Lucia and Carmen. We love you so much and we are so proud of you,” Bianca wrote.

JC, in his own post, said it was “bittersweet” to say goodbye to the PBA after 13 years. “But I am moving forward feeling happy and proud knowing I made the most of the privilege to play basketball professionally,” he said.

Bianca and JC wed in December 2014. They have two daughters together. – Rappler.com