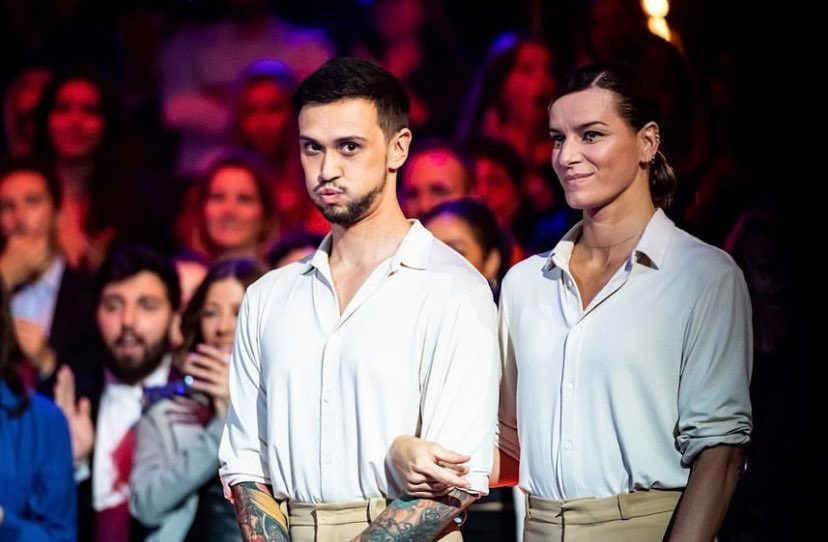 Facebook Twitter Copy URL
Copied
In one of their semi-finals performances, Billy and dance partner Fauve Hautot got 39 out of 40 points

MANILA, Philippines – Billy Crawford and dance partner Fauve Hautot have qualified for the grand finals of Danse Avec Les Stars, the French version of dance competition Dancing with the Stars, after being the top scorers for the semi-finals round.

The semi-finals performances, which aired on Saturday, November 5 (Friday, November 4 in France), showed Billy and Fauve dancing to Maneskin’s “Let’s Get It Started” and “Chasing Cars” by Snow Patrol.

Their “Let’s Get It Started” performance earned them 39 points, their “best score of the season” as three of the four judges gave the pair 10 points, while the other one gave nine.  Meanwhile, their “Chasing Cars” number in the second round earned them 35 points in total. The judges also commended Billy, who performed even with a back injury.

Prior to the airing of the semi-finals, Billy took to Instagram to express his gratitude to everyone who helped him in his Danse Avec Les Stars journey.

“It has been an amazing experience and such a pleasure to dance on a daily basis,” he wrote. “To all the artists, judges, my dance partner who became my sister @fauvehautot , pro dancers, prod, TF1, thank you for this blessing and making my job worth loving! To my wife and my son, this is for you!”

Billy first announced his participation in the dance competition in July. For its pilot episode, he and his dance partner earned a standing ovation from the judges. His wife, Coleen Garcia, also surprised him in one of the show’s episodes.  – Rappler.com