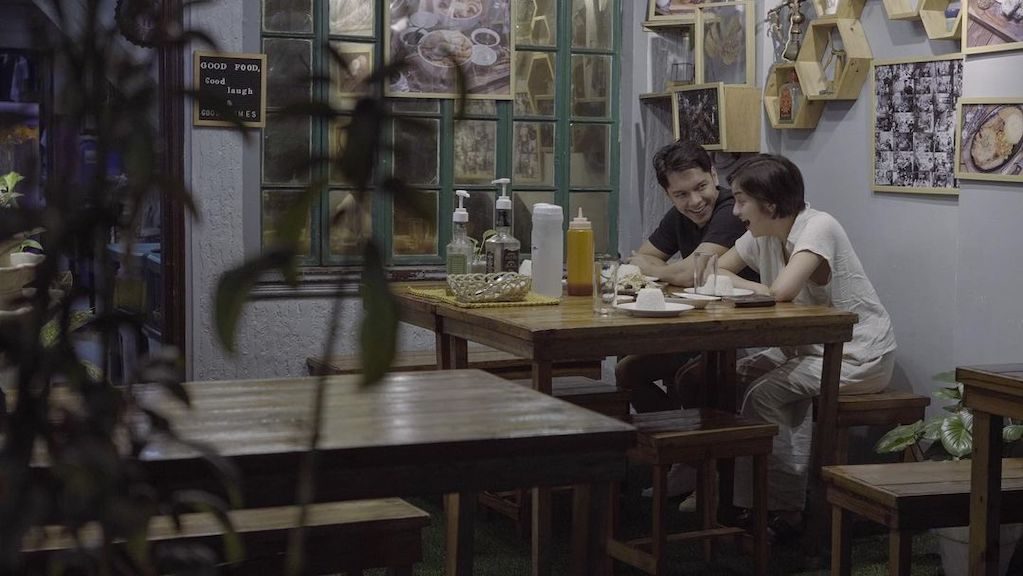 DATING. Carlo Aquino confirms he is going out with 'Love on a Budget' co-star Charlie Dizon.

MANILA, Philippines – The rumors are true! Carlo Aquino and Charlie Dizon are indeed dating, as confirmed by the actor in an interview on Friday, January 6.

In a video, Carlo answered a straight up “yes” when asked by ABS-CBN’s MJ Felipe if he was “going out” with the Fan Girl breakout star.

The actor said he and Charlie were in the “getting to know” stage. He shared that they first met working together on the 2020 series A Soldier’s Heart, got to know each other more while on the Star Magic US tour in August 2022, and continued to see each other after getting back.

They are currently working on a film together for Black Sheep called Love on a Budget.

Carlo and Charlie earlier sparked dating rumors after they were spotted together in La Union. Carlo later confirmed to ABS-CBN that they were there with his family. The two stars were also seen getting cozy in a group photo in December 2022.

Carlo was previously in a relationship with Trina Candaza, with whom he shares a daughter, Enola Mithi. He confirmed their breakup in April 2022, saying that they still communicate once in a while.

Months later on January 1, Trina took to Instagram saying “we lost someone whom I thought will be the man who will always keep us safe, someone who will protect us. But little did I know he will be the one who is very excited to remove us from his life.” – Rappler.com