The film, titled The Grand Reveal, was released on Catriona’s 28th birthday on January 6.

In the video, Catriona models a number of gowns and ensembles by Filipino designers, with each look inspired by the performers who have taken the MET stage through the years: opera singers, movie stars, prima ballerinas, carnival queens, and zarzuela actresses. 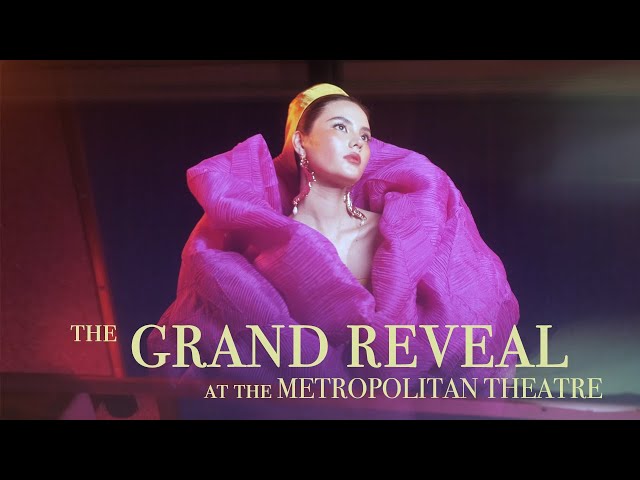 The film was directed by Jolo Luarca III.

Catriona, who is also an Ambassador of Arts and Culture at the National Commission for Culture and the Arts, said “I always get excited at the thought of presenting an aspect of Philippine culture and arts in a creative and modern way.”

On her Instagram, she also shared photos of the looks she wore in the film, sharing more details about each look’s inspiration and its designer.

The iconic Metropolitan Theater, famous for its Art Deco architecture, was inaugurated in 1931. It became the stage for famous operas, plays, concerts, and film screenings until it was closed in 1996.

It reopened in December 2021 after years of restoration work. – Rappler.com