HITCHED. Celebrities tie the knot in 2021.

MANILA, Philippines – 2021 may not have given us much to celebrate, but there were at least a lot of weddings. Even as the pandemic stretched on, a number of celebrity couples managed to tie the knot – many in simple ceremonies surrounded by only their nearest and dearest, others in weddings they shared online for their fans and followers to be part of.

These are the stars who got hitched in 2021:

Actor Rocco and volleyball player Melissa started their year with a bang by getting married on January 21, on a naval ship in Manila. They were together for three years before tying the knot.

The Bubble Gang cast member married her partner on January 23 in a small ceremony at a restaurant in Quezon City.

The Killer Bride actor and his longtime girlfriend got married on February 1 in Cavite. 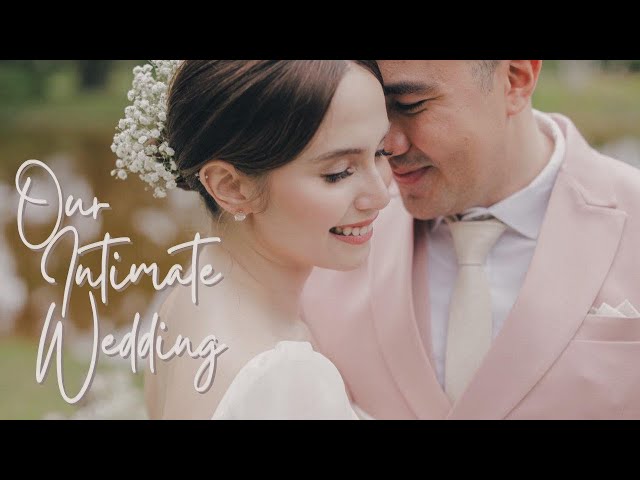 The actors tied the knot on February 21 in the presence of their family and friends at The Farm in Lipa City, Batangas. The couple first announced that they were together in 2016.

After a surprise engagement, the pop star married her real estate agent boyfriend on May 15 in a low-key ceremony with less than 20 people in attendance. The couple got engaged in December 2020 after at least 10 months of dating.

Actress-turned-influencer Melissa tied the knot with her partner Michael on May 24 in California, USA.

Miss World Philippines 2017 Laura secretly married the PBA player in a civil ceremony in early 2021. The two were college sweethearts, with Von then a player for the Ateneo Blue Eagles and Laura serving as the team’s courtside reporter.

Actress and model Bianca married Ralph in the most intimate of weddings, held right in their living room in their home in Sydney, Australia. They first confirmed their relationship in 2019.

The longtime DJ couple married in Iceland on June 15 after being engaged for over a year. The pair is based in the United States, where they are raising their kids Amsterdam and Lucas.

After two delayed weddings, Jess, a model and entrepreneur, finally wed her longtime beau Moritz on June 26 in a stunning civil ceremony in Palawan, surrounded by their family and close friends.

The actress tied the knot with her businessman partner in a lush Baguio wedding on June 30.

The musicians got married on July 3 at Blake’s ranch in Oklahoma, USA. Their wedding was attended only by their closest family and friends. They had been dating for about five years when they got married. They first met on the set of The Voice in 2015, where they were both coaches.

The Ben&Ben percussionist wed his longtime girlfriend Erika on July 7. His bandmates joined the celebration remotely, watching together on a big screen. The couple has been together for seven years.

Miss Universe Philippines 2017 married the Camarines Sur governor on their seventh anniversary as a couple. The civil wedding was held on July 16 at the Supreme Court. A few months later on October 11, the couple welcomed their first child, daughter Kaia Rose. 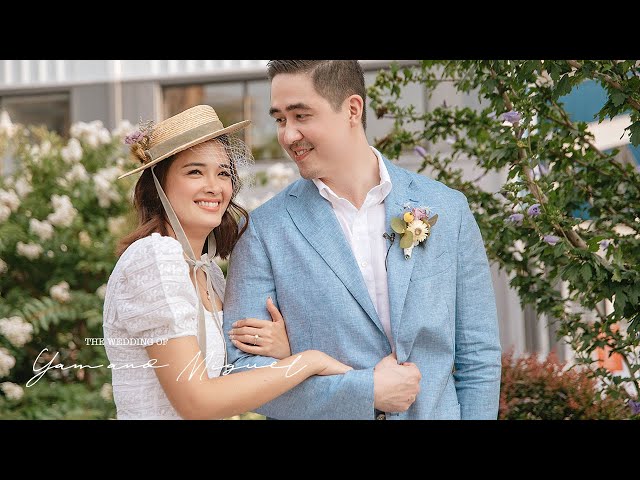 The actress and her non-showbiz boyfriend exchanged vows on July 24 on a boat cruising on New York Bay in New York, USA. Miguel proposed to Yam in Niseko, Japan, in December 2018, and when they got married, they had been together for six years. 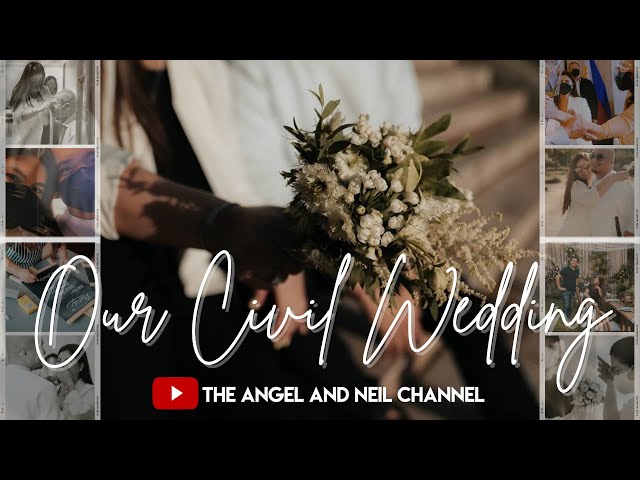 The Darna actress got her happily-ever-after on July 26, when she and her longtime boyfriend married in a “simple but rock” city hall wedding. The two have been engaged since 2019 and had originally planned a bigger ceremony that got railroaded by the pandemic. Angel and Neil first confirmed their relationship in 2018.

The Emily in Paris star married the film director in Colorado, USA, on September 4. 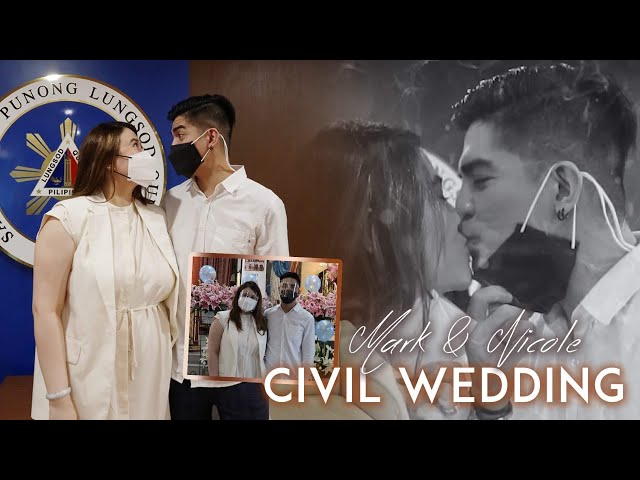 The actors tied the knot on September 8 in a civil wedding officiated by Quezon City Mayor Joy Belmonte, with only five people in attendance. Their wedding comes months after they welcomed their son Mark Fernando in January. They said they’re hoping to have a church wedding in the future, when they can celebrate with their family and friends.

Actor JC de Vera and his non-showbiz partner Rikkah Cruz held their church wedding in September, with an elaborate, celestial-themed reception to celebrate. The couple first got hitched in a civil wedding in 2018, just before the birth of their now-3-year-old daughter Lana Athena. 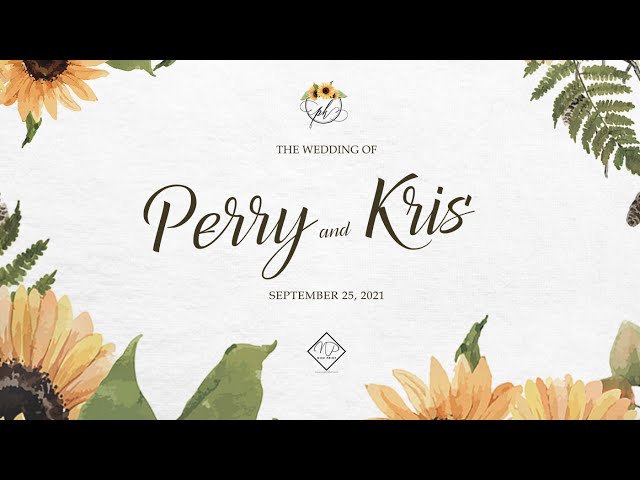 The actress married her longtime partner on September 25, in a wedding that was livestreamed to the public from the St. Alphonsus Mary de Liguori Parish in Makati City. The couple first met as business partners in 2016. They went public with their relationship in November 2017. 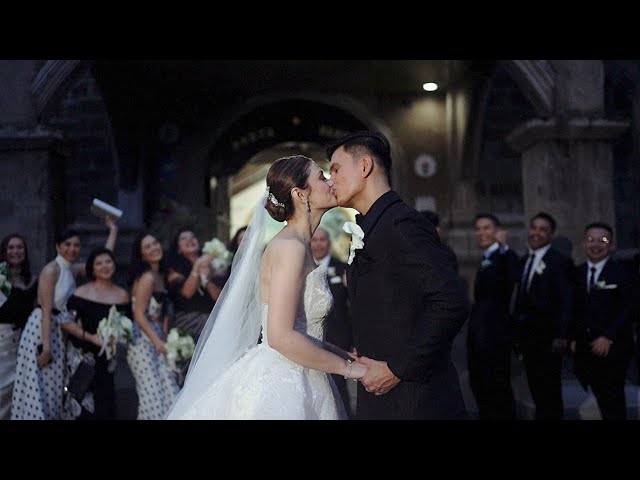 After playing a married couple on the set of the 2013 show My Husband’s Lover, actors Carla and Tom became real-life husband and wife on October 23. The pair said their “I dos” in a grand wedding in Batangas. The two have been together since 2014. 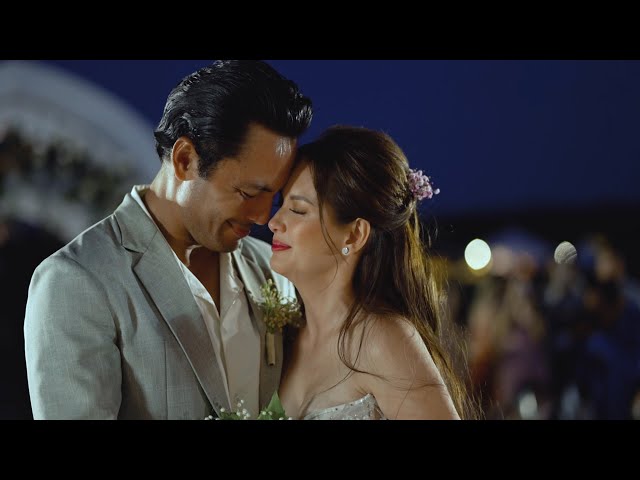 After a whirlwind romance that began with (on-point) dating rumors in January and continued with a surprise engagement in March, the actors got hitched in a stunning outdoor wedding at the Rancho Bernardo resort in Bataan on November 11. The couple was joined by their family, friends, and their two sons from previous relationships.

The socialite and reality show star married her boyfriend of two years on November 11. Paris, whose colorful dating life has been highly publicized, described the ceremony as a “fairytale wedding.” As expected, it was a lavish affair – the planning of which was documented in the series Paris in Love, which premiered in the US in November.

Just weeks after a surprise double-announcement of their engagement and Jennylyn’s pregnancy, the actor couple tied the knot in a civil wedding on November 15. The couple first got together in 2010, broke up in 2011, and reunited in 2014. They are expecting their first child together and are also raising their two kids from previous relationships.

The actress married her non-showbiz partner in Baguio on November 20. They got engaged in June 2020. – Rappler.com