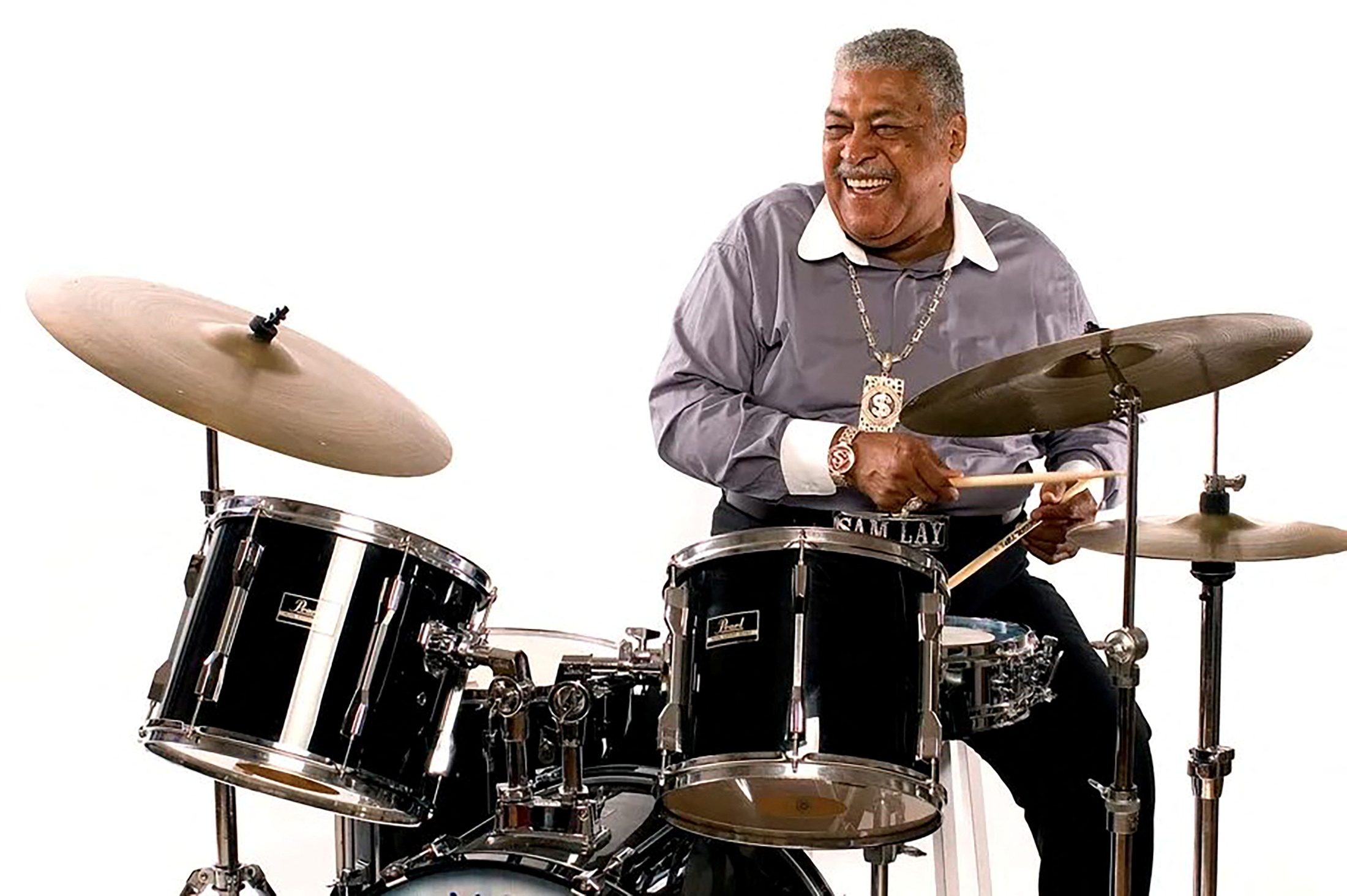 Drummer Sam Lay, who was inducted to the Rock and Roll Hall of Fame in 2015 with the Paul Butterfield Blues Band, is seen in an undated photograph.

Chicago blues drummer and vocalist Sam Lay, who performed and recorded with Muddy Waters, Howlin’ Wolf and Bob Dylan, has died at age 86.

Lay died of natural causes in a nursing facility near his Chicago home on Saturday, January 29, said independent blues label Alligator Records on its website on Monday, January 31.

“An era is over,” Corky Spiegel, a longtime friend and bandmate of Lay’s, told Reuters in an interview. “He just made you fly, he sucked you into the music. Sam wasn’t about a groove or time, he went wherever the music went.”

Known for his stylish cape and walking stick, Lay was inducted into the Rock & Roll Hall of Fame in 2015 as part of the Paul Butterfield Blues Band. He played on dozens of tracks for Chess Records.

After Lay was honored for his music in 2002, Alligator Records said Dylan sent him a telegram reading: “It’s so well–deserved. Walter, Wolf and Muddy, they must have known it, too – that you’re second to none – your flawless musicianship and unsurpassed timing, a maestro with the sticks and brushes.”

The Birmingham, Alabama, native first played professionally in Cleveland in the mid–1950s before backing harmonica player Little Walter in Chicago, according to Alligator Records.

Chicago blues developed in the Illinois city into an urban style from earlier idioms such as Delta blues.

Lay was known for his “trademark, hard-to-copy ‘double-shuffle'” drumming, based on double-time hand-clapping in his childhood church, Alligator Records said.

He drummed for Howlin’ Wolf on songs that included “Killing Floor,” “The Red Rooster” and “300 Pounds of Joy.” In 1969, he played drums on “Fathers & Sons,” Waters’ best-selling record on Chess Records.

Lay backed up Dylan on drums at the 1965 Newport Folk Festival when the singer-songwriter played an electric guitar and shifted to a rock sound – a pivotal event in folk rock.

Lay is survived by his daughter Debbie, four grandchildren and three great-grandchildren. – Rappler.com