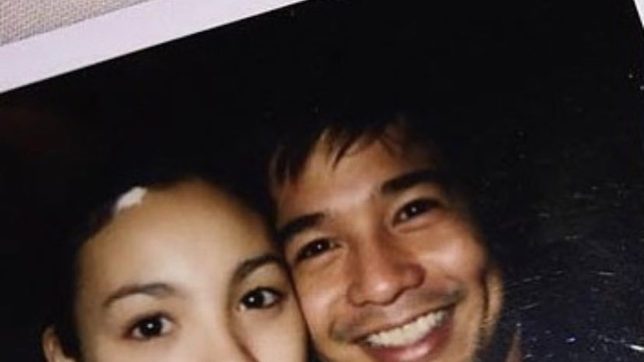 Actress Claudine Barreto recently shared memories of her ex-boyfriend, late actor Rico Yan, by posting online another one of his handwritten letters for her.

It read: “Hunny, just wanted you to know that you are the best thing that has happened in my life. You are my life. While I watch you sleep, I can’t believe [you’re] mine. Thank you for being my rock! And hunny, ‘you rock.’ I love you very much.”

Claudine said that she shared the old letter for the supporters of their love team to see. “Double infinity. RYCB & Claudinians, this is for all of [you],” she captioned the post.

Fellow celebrities like Gladys Reyes, Neri Naig, Mariel Padilla, and Dianne Medina expressed their “kilig” and how much they miss the actor in the comments section.

In recent years, Claudine has constantly paid tribute to Rico. In 2015, she shared a Polaroid shot of them together. She then posted two old notes from him in 2016. In 2020, she also shared memories of the late actor on his 18th death anniversary. The Rico and Claudine loveteam was among the most popular in the late ’90s and 2000’s. Some of their projects included the teleserye Mula Sa Puso and the movies Got 2 Believe and Dahil Mahal na Mahal Kita.

Rico died on March 29, 2002 due to hemorrhagic pancreatitis while on vacation at Dos Palmas Resort in Palawan. – Rappler.com