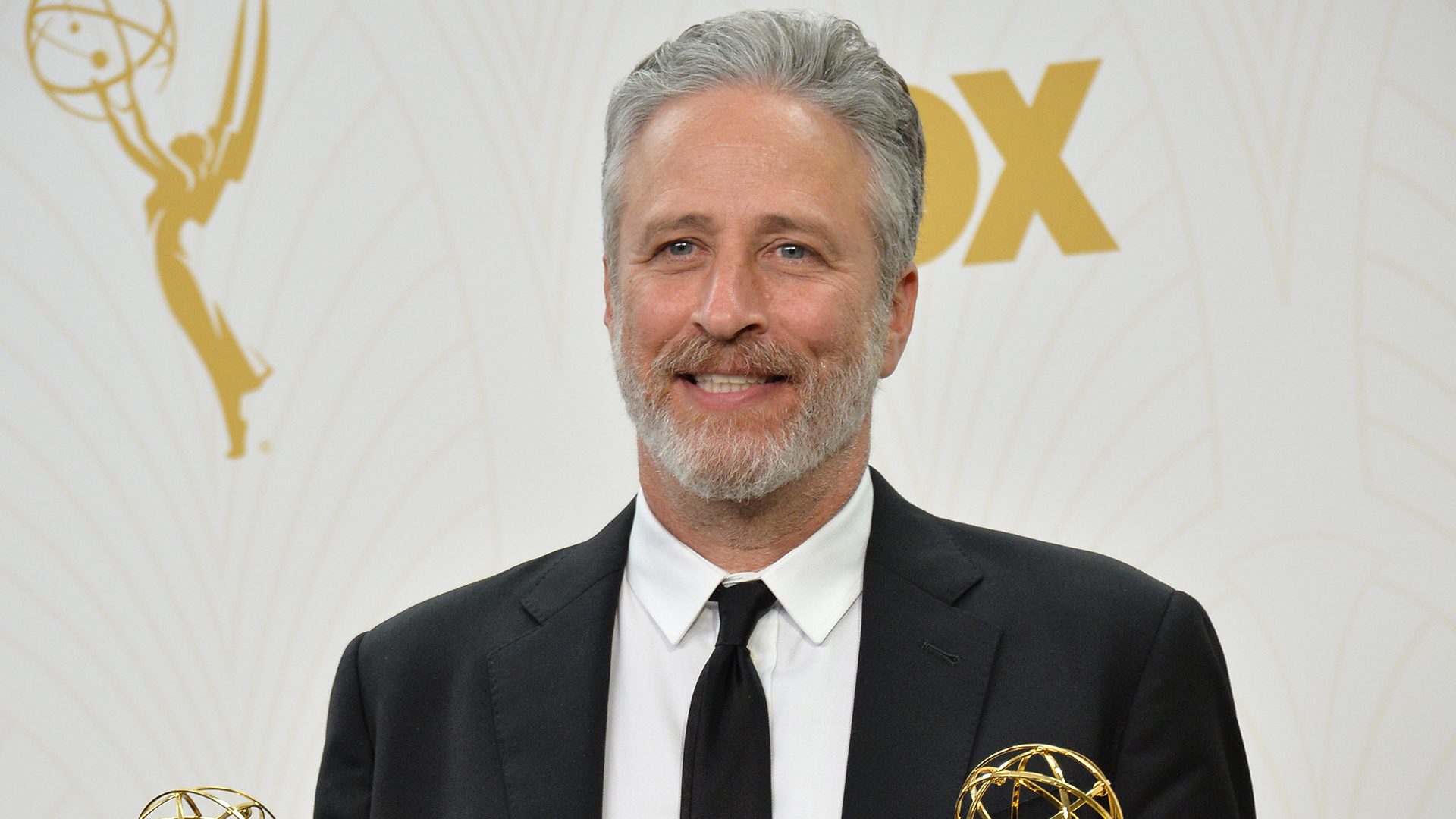 Facebook Twitter Copy URL
Copied
In his acceptance speech, Stewart takes a serious turn when talking about the future of comedy, making a reference to actor Will Smith's onstage slap of comedian Chris Rock at the Oscars

Stewart, who captured the American zeitgeist while zinging politicians and the media as host of the The Daily Show on Comedy Central for 16 years, joked about the big-name stars celebrating him whose careers he helped advance.

“It reminds of…just how many people I carried,” he quipped.

Comedians from Colbert, who appeared by video link because he has COVID-19, to Samantha Bee, Steve Carell, and Dave Chappelle noted the influence Stewart had on their lives and comedic paths.

“He really is the kind of guy that wants to see his friends and people around him succeed,” Kimmel told reporters before the show.

Springsteen, who like Stewart hails from New Jersey, performed his song, “Born to Run.”

Stewart left The Daily Show, which is now hosted by Trevor Noah, before President Donald Trump’s time in the White House.

“We missed you very much,” said Chappelle, a previous recipient of the Mark Twain Prize.

The Daily Show won 20 Emmy Awards during Stewart’s tenure and boosted the careers of its so-called correspondents, including Bee, Colbert, and John Oliver.

“Jon Stewart changed my life,” said actress Olivia Munn, a former correspondent on Stewart’s show. She then mocked Stewart for keeping his Emmys in a cardboard box. “Because that’s who he is: lazy and vaguely disrespectful.”

Colbert recalled telling Stewart that his job on The Daily Show was the best job on television.

“I know now that what I was really saying to you was the best job on television was working for you,” Colbert said. “I meant that when I said it in 2000. And 22 years later, I no longer mean that,” he said, drawing laughter from the audience. Colbert is now host of the The Late Show on CBS.

Stewart returned to a television hosting gig last year with a new show, The Problem With Jon Stewart, on the Apple TV+ streaming platform.

An advocate for US military veterans and first responders from the September 11, 2001 attacks, Stewart received the award from two men representing those groups: John Feal, a 9/11 first-responder and Israel del Toro, a veteran.

In his acceptance speech, Stewart took a serious turn when talking about the future of comedy, making a reference to actor Will Smith’s onstage slap of comedian Chris Rock at the Oscars. Stewart said the Mark Twain Prize was a reminder that “what we have is fragile and precious” and said comedy is a bellwether for what is happening in society.

“We’re the banana peel in the coal mine,” he said. “When society is under threat, comedians are the ones who get sent away first. It’s just a reminder to people that democracy is under threat. Authoritarians are the threat to comedy, to art, to music, to thought, to poetry.”

The Mark Twain prize is named after novelist and essayist Samuel Langhorne Clemens, better known by his pen name, Mark Twain. The program will air on PBS stations on June 21. – Rappler.com