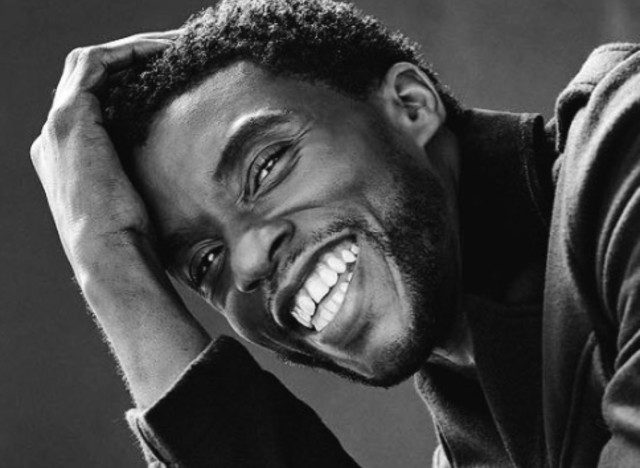 Facebook Twitter Copy URL
Copied
'We are losing way too many young lives to this disease without a clear understanding of what the causes are,' says Kimmie Ng, director of Dana-Farber's Young-Onset Colorectal Cancer Center in Boston

Actor Chadwick Boseman’s death from colon cancer at the age of 43 has highlighted the growing rate of this disease among younger adults, who are often diagnosed at later stages.

According to Kimmie Ng, director of Dana-Farber’s Young-Onset Colorectal Cancer Center in Boston, it shows how important it is for more research into what is driving the rise, as well as greater awareness and screening.

“We are losing way too many young lives to this disease without a clear understanding of what the causes are,” she told AFP.

The suspicion is that environmental factors, such as shifts in diets and lifestyle, could be behind the increase.

While studies are underway, US statistics are alarming, and the trend is similar in Europe.

Since 1994, US cases of young-onset colorectal cancer – defined as a diagnosis before the age of 50 – have increased by 50 percent.

Colorectal cancers will affect more than 140,000 Americans in 2020, with under-50s accounting for about 11% of colon cancers and 18% of rectal cancers.

By the year 2030, the rates among this age group are expected to double and quadruple, respectively.

As a result, the American Cancer Society recently updated its advice, saying most people should get screened at 45, not 50.

Symptoms to watch for include changes to bowel habits that last more than a few days, such as diarrhea, constipation, or narrow stool.

They also include feelings of having to pass stool that don’t go away by doing so, rectal bleeding or blood in the stool, abdominal pain, weakness, fatigue, and weight loss.

For David Thau, it took shooting pain in the abdomen – the worst he’d ever felt in his life – for him to go see his primary care doctor in June 2019.

The Washington-based political consultant, then 34, had been ignoring the blood that had recently been appearing in his stool.

“I’ve always been the kind of person who just says, ‘Well, I don’t need to go to the doctor,'” he told AFP.

A former high school athlete, he was otherwise healthy with no family history of colon cancer.

Thau’s doctor told him he might have an ulcer or appendicitis, so he checked into an emergency room.

He was diagnosed as having Stage 3C cancer, the last before a cancer has metastasized, and days later had surgery to remove the tumor.

Fortunately, surgeons were able to extract it using small incisions and he did not require an ileostomy – a surgical opening to a bag that holds stool.

For the next 6 months, he traveled to Boston every other week for chemotherapy, working full-time throughout this period – an extra challenge for younger patients who aren’t retired.

“I had to freeze my sperm,” added Thau, since he and his wife were planning to have children and the treatment can cause sterility.

In February, doctors said his cancer was gone, but he still requires routine check-ups.

Ghazala Siddiqui, from Houston, went to an emergency room in March 2018 after finding it impossible to pass stool, despite using laxatives.

Doctors performed an X-ray on the mother of two, then 41, but misdiagnosed her case as severe constipation and sent her home.

It wasn’t until she approached a specialist that colon cancer was identified.

She needed 23 grueling radiation sessions at MD Anderson Cancer Center to shrink the Stage 3 tumor down to size, before it could be removed.

She also needed an ileostomy and a stool bag.

“It was very embarrassing,” recalled Siddiqui, who had been a fitness fanatic prior to her diagnosis.

Next came months of chemotherapy, and uncertainty as to whether her bowels would ever recover enough for the bag to be removed.

Fortunately, it did, and in February 2019, the colon was surgically closed.

Siddiqui said the hardest aspect was that the radiation caused her to go through early menopause, causing hot flashes, loss of sex drive, and ongoing anxiety.

One had polyps the size of almonds which doctors were able to remove early, “which goes to show that screening is important,” she said.

Ng emphasized it is critical to catch growths early and to consider screening even earlier than 45 if there is family history of colon cancer or advanced polyps.

African Americans like Boseman are at higher risk than other groups, for reasons linked to disparities in access to care.

Colonoscopies are considered the gold standard of screening, but their invasive nature can discourage some people.

For this reason, Ng’s center is working on what it hopes will be the next generation of blood and stool tests that might catch growths sooner.

“If somebody is having symptoms concerning colon cancer, they need to seek medical attention,” she added. – Rappler.com