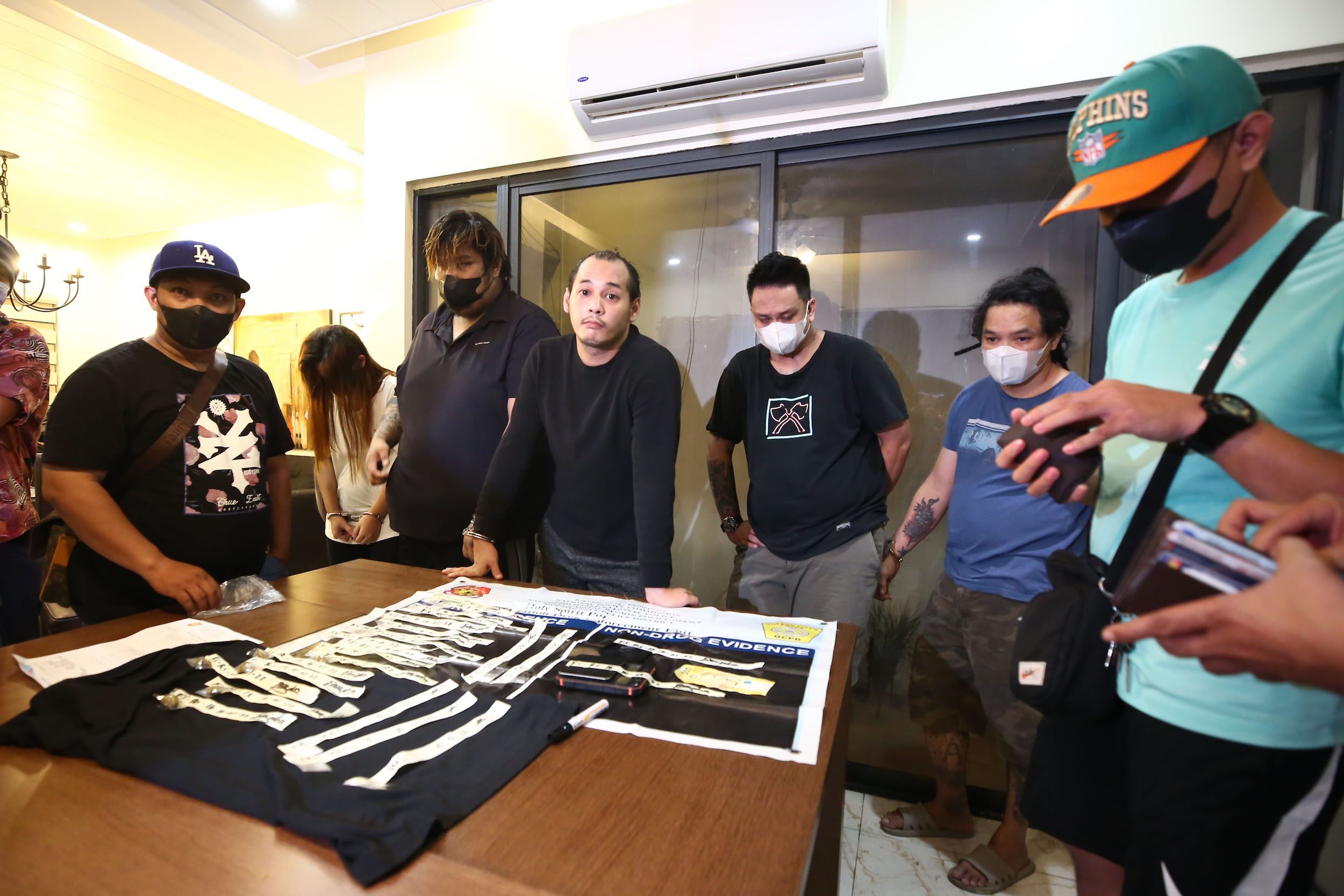 SUSPECTS. Five suspects, including actor Dominic Roco, were arrested by the Station Drug Enforcement Unit (SDEU) of QCPD Police Station-14 for alleged drug possession during a buy-bust operation on October 1, 2022.

MANILA, Philippines – Actor Dominic Roco and four other suspects were arrested in a drug buy-bust operation in Quezon City on Saturday morning, October 1.

The five suspects were allegedly caught with 15 grams of shabu estimated to be worth P102,000 and 10 grams of marijuana approximately worth P14,000. The operation was conducted in townhouse in Barangay Holy Spirit, Quezon City.

The Quezon City Police District arrested the main target, Reynaldo Sanchez, Roco, two other men, and a woman, according to a GMA News report. The suspects will be charged for violating the Comprehensive Dangerous Drug Acts of 2002.

Roco recently was part of films Liway and I’m Drunk, I Love You. He rose to fame as a child actor in 2006’s Super Inggo.  – Rappler.com