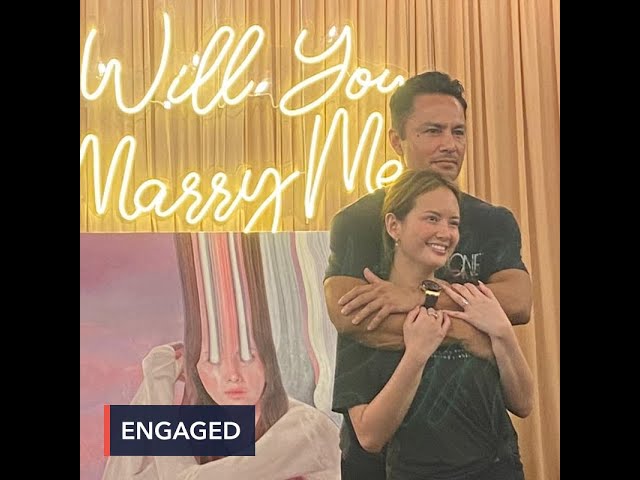 “Game Over” was all Ellen wrote as a caption to a series of photos from Derek’s proposal. In the photos, Ellen shows off her engagement ring as she covers Derek’s face. Other snaps showed both her and Derek in front of a neon sign that says, “Will you marry me?”

Other photos showed Ellen and Derek posing with their kids from previous relationships.

The two confirmed that they were a couple in late February 2021. Weeks prior, they had set the internet abuzz after they kept appearing in each other’s social media accounts.

Ellen recently returned to show business after a long hiatus. The Cebuana actress, during the years she was off the showbiz radar, gave birth to Elias, her son with actor John Lloyd Cruz. In March 2020, Ellen opened about the mental health struggles she dealt with during her time off show business.

Derek, meanwhile, recently split up with Andrea Torres, his girlfriend of over a year.

The couple’s friends from the entertainment industry were among the first to flood Ellen’s post with messages of congratulations. – Rappler.com