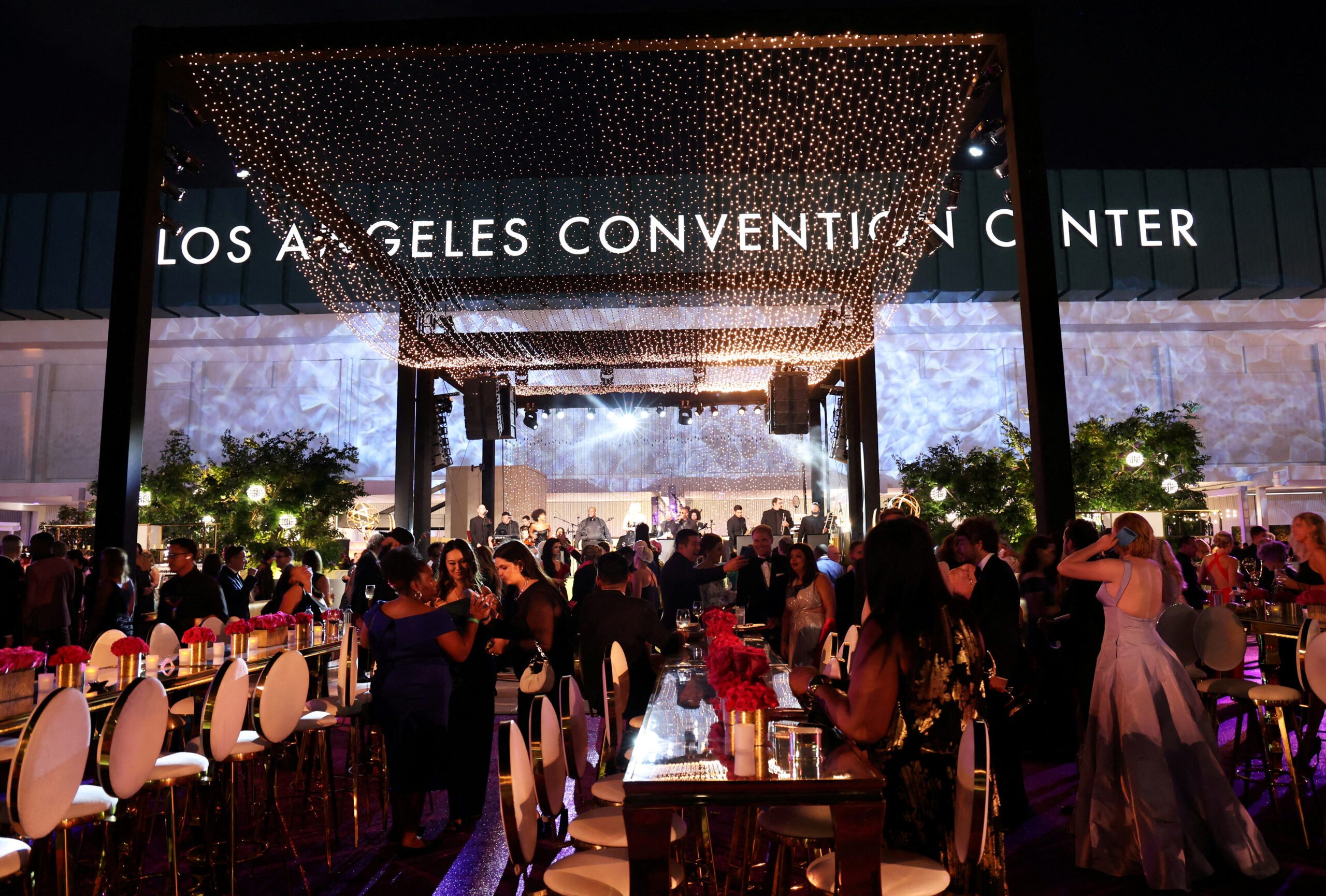 FILE PHOTO: A general view during the Governors Ball at the 74th Primetime Emmy Awards in Los Angeles, U.S., September 12, 2022.

Facebook Twitter Copy URL
Copied
The 2022 edition of the awards show drew 5.9 million total viewers only, a 24% drop from its 2021 record

LOS ANGELES, USA –  This year’s US television viewership for the annual star-studded Emmy awards ceremony fell roughly 24% to 5.9 million people compared to 2021, broadcaster NBC said on Tuesday, September 13, making it an all-time low according to the industry trade publication Variety.

NBC combined viewership from its Peacock streaming service and its network TV broadcast to calculate total views. Both NBC and Peacock are units of Comcast Corp.

Viewership for all award shows has fallen in recent years. The awards telecast’s most recent high was in 2013, when some 17.7 million people tuned in to the Emmy ceremony.

The Emmys, the highest awards in television, were handed out on a Monday, September 12, this year instead of the typical Sunday to avoid clashing with the National Football League schedule on NBC.