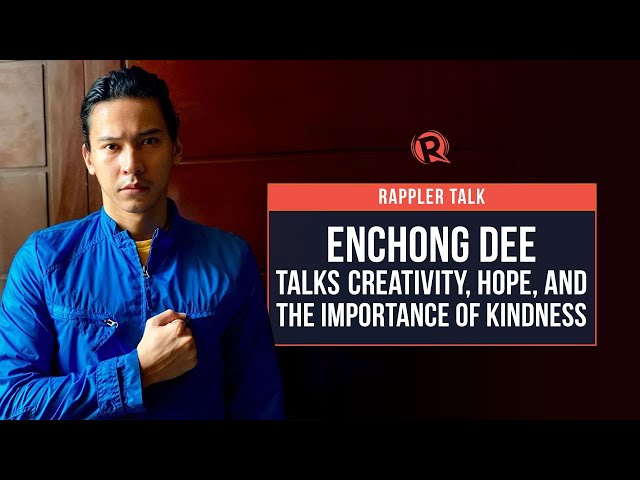 Facebook Twitter Copy URL
Copied
The actor and businessman is about to launch season 1 of ‘You. Me. Maybe.’ – but that’s not the only thing he's pouring his energies into

When Enchong Dee wakes up in the morning, he makes it a point to remind himself – since he has nothing else to do, he might as well be proactive and turn up his creativity.

The actor, businessman, and producer has channeled most of his creative juices towards just that: there’s his main channel and The Budgetarian – and Enrich Originals, his passion project with former love team partner Erich Gonzales.

In this Rappler Talk episode, Enchong talks to entertainment editor Bea Cupin about You. Me. Maybe., his upcoming series with Erich, the ABS-CBN shutdown, why he doesn’t shy away from expressing his opinions online, and the role the entertainment industry has in “shining a light” on the gloomiest of days.

Catch the interview on Saturday, September 19, by bookmarking this page or following Rappler on social media.

You. Me. Maybe. begins streaming September 19 on Enrich Originals. – Rappler.com