Gerald Anderson on Julia Barretto: ‘She’s the one’ Their relationship may have gotten off to a controversial start, but Gerald Anderson says Julia Barretto is “the one” and that he would marry her if it were only up to him.

“She’s the one,” Gerald said, responding to Boy Abunda in an interview on his talk show channel on Friday, August 20.

Boy was interviewing Gerald and his Init sa Magdamag costars Yam Concepcion and JM de Guzman, and the conversation turned to each of the stars’ love lives.

Gerald also responded to a question from Boy about whether he would marry Julia, saying that she still has a lot to do before settling down.

“If I had my way, of course, kaso hindi pa kami quota (we haven’t met our quota),” he said. 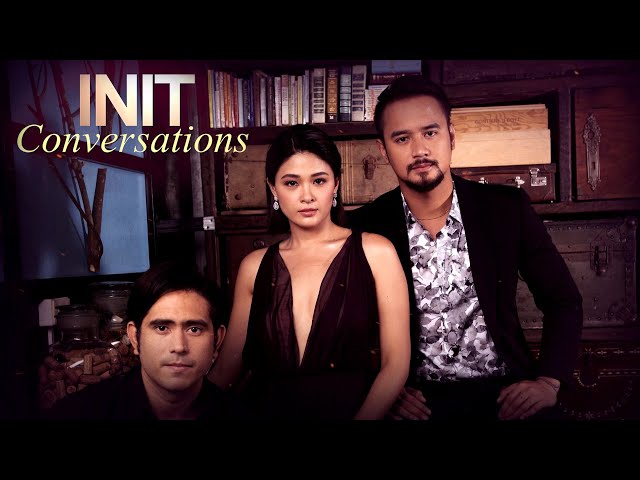 Gerald first publicly addressed his relationship with Julia in March, though the pair were rumored to be together long before that.

In May 2019, the pair starred together in the film Between Maybes. A few months later, in July 2019, Bea Alonzo, Gerald’s girlfriend at the time, said that he “just started not talking” to her – giving rise to rumors that he had cheated on Bea with Julia.

Julia denied being involved in cheating at the time, though Bea later said in an April 2021 interview that Gerald not only cheated on her and ghosted her but also gaslighted her.

In the interview with Boy, Gerald said that he wishes he could change how things played out with Bea.

“Kung p’wede kong baguhin ‘yung nangyari…kaso ang hirap Tito Boy eh (If I could only change what happened…but it’s hard, Tito Boy). It’s done. I’ve made mistakes. We both made mistakes,” he said.

“I really pray, I really hope na (that) she will find it in her heart to forgive what happened, forgive me…. Nagho-hope lang po ako (I’m just hoping) Tito Boy,” he said. – Rappler.com