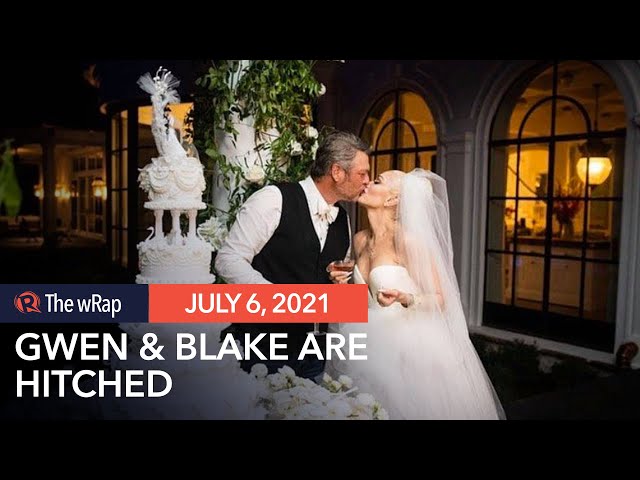 Singers, songwriters, and The Voice coaches Gwen Stefani and Blake Shelton have tied the knot!

Stefani confirmed the news on Tuesday, July 6, by sharing photos from their wedding ceremony that happened on Saturday, July 3. “July 3rd 2021, dreams do come true! Blake Shelton, I love you,” she wrote on Instagram.

According to People Magazine, the couple exchanged vows at Shelton’s ranch in Oklahoma, USA. The intimate wedding was only attended by the couple’s family and closest friends.

Fellow celebrities like Jimmy Fallon and Heidi Klum have congratulated the couple.

Stefani, 51, and Shelton, 45, got engaged in October 2020. The couple have been dating for about five years, having first met on the set of NBC’s The Voice in 2015, where they were both coaches.

Shelton was previously married to Miranda Lambert until 2015, and to Kaynette William from 2003 to 2006.

Stefani also split from her first husband Gavin Rossdale in 2016, with whom she has three children – Kingston, 14, Zuma, 11, and Apollo, 6. – Rappler.com