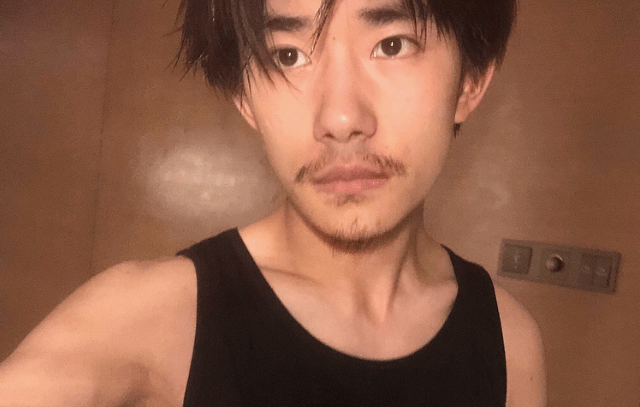 Facebook Twitter Copy URL
Copied
'By our analysis, 85% of the top 218 celebrities in China reposted official government messages on their social media account at least once over a six-month period'

The Chinese government has a new ally when it comes to pushing its official line on Taiwan: celebrities.

Tension over the status of the island, which is claimed by Beijing as part of its “One China” principle, have been exacerbated by a series of recent incidents, including a high-profile visit to the island by US House speaker Nancy Pelosi and comments by President Joe Biden suggesting the US would be prepared to defend Taiwan “militarily.”

It has led to an angry response from officials in Beijing, who have accused the US of violating its long-standing commitment to abide by its One China policy. But it has also seen a renewed propaganda push aimed at getting the message of unification to the Chinese and Taiwanese public.

As experts in Chinese cultural politics, we have noted how the highly contentious series of events not only reshaped the regional dynamics around Taiwan but also permeated into popular culture in China – with celebrities being utilized to circulate One China messaging to fans and social media followers.

It forms part of a wider trend that we have researched and forms the basis of a forthcoming article published in China Quarterly on Chinese celebrities’ political signaling. By our analysis, 85% of the top 218 celebrities in China reposted official government messages on their social media account at least once over a six-month period we observed in the second half of 2021.

The power of Weibo

This phenomena has continued into 2022 and was seen during and after the Pelosi visit. On August 2, the day that the House speaker landed in Taiwan, the state media outlet China Central Television, or CCTV, sent out a post on Weibo, a Chinese-owned Twitter-like social media platform, with the message “there is only one China in the World.”

Within hours, Chinese celebrities started to repost this message to their extensive networks of followers. Those doing so included Xie Na, a 41-year-old popular TV host and actress with 128 million followers on Weibo, and Jackson Yee, a 22-year-old singer, dancer, and actor ranked the No.1 celebrity in Forbes’ 2021 Chinese Celebrity List. Likewise, Taiwan celebrities such as Chen Qiaoen and Wu Qilong also retweeted this message, though about a day later.

One celebrity news outlet went as far as to post an article that listed more than 20 Taiwan celebrities who reposted “One China” and praised them for “fulfilling the responsibility to voice political support.”

The article also listed 11 Taiwan celebrities who did not retweet the One China message, suggesting that fans will judge them accordingly.

Indeed, celebrities who did not repost the message were called out for their silence, with fans demanding that they show support for the government. Hebe Tien, a well-known Taiwan singer with 13 million followers on Weibo, was among those targeted by angry Chinese fans and media for not reposting the One China message.

Chinese celebrities haven’t always been so politically active on social media when it comes to issues like Taiwan.

Actors, singers, and TV personalities use Weibo, which came into existence in 2009 and has close to 600 million active monthly users, to share snippets about their personal lives, promote work, endorse commercial products, and connect with fans. But until the mid-2010s, they rarely engaged in politics.

But since the start of Chinese President Xi Jinping’s second term in 2017, more and more celebrities have used their accounts to repost official state messages.

This is especially true on important political anniversaries, such as the founding of the Chinese Communist Party and the People’s Republic of China. For instance, on July 1, 2021, Yang Mi, an actress with 112 million followers on Weibo, reposted CCTV’s quotation from Xi marking the centennial of the founding of the Chinese Communist Party: “When a people have ideals, their country will have strength, and their nation will have a bright future.”

These celebrity reposts often receive hundreds of thousands of user engagements, including reposts, comments, and likes.

This effectively promotes official messages to an exponentially larger social media network. CCTV’s Weibo account, which sent out the One China message to coincide with Pelosi’s visit, has 130 million followers. Xie Na, a leading pro-Beijing celebrity, alone has 128 million followers – and she is one of many who reposted the message.

As we argue in our forthcoming article “Chinese Celebrities’ Political Signaling on Weibo,” Chinese celebrities started to repost official messages when it became important for their career prospects to do so.

As the entertainment industry rapidly grew in the 2000s, the Chinese government began to develop explicit policies to regulate and control celebrities, their cultural products, media platforms, fan groups, and professional associations.

In 2014, the State Administration of Press, Publication, Radio, Film and Television issued a notice to require all broadcasting platforms to block “tainted artists” – celebrities who engage in illegal behavior or actions deemed by the government to be problematic, such as drug use, prostitution, tax evasion, extramarital affairs, and political incorrectness. This last category includes supporting Hong Kong or Taiwan independence.

Since then, the phrase “tainted artists” has entered public discourse and is used by people online to criticize celebrities.

Under tightening political control, Chinese celebrities have fostered what scholars Jian Xu and Ling Yang have described as “a neoliberal subjectivity with Chinese characteristics.” In other words, Chinese celebrities see pleasing the state as an effective way to reach a market.

As such, celebrities have strong incentives to satisfy state demands in pursuit of a career, fame, and wealth. It is important to acknowledge also that some celebrities may sincerely support the government and want to promote its policies.

Either way, the majority of celebrities on Weibo are echoing government positions such as the One China message. Our analysis found that just 15% of the top 218 celebrities – a list we compiled by reviewing both the Forbes China Celebrities Annual List from 2004 to 2020 and the size of online following – failed to repost any official government message in the six months we analyzed from June to November 2021.

Among those who reposted, the frequency of reposts varied from just one to 33 times during the six months.

Our analysis found that younger celebrities with more followers tend to repost official messages more. This finding challenges the conventional wisdom that young people tend to be more politically critical and rebellious. It also chimes with a recent study of Chinese public opinion that found that the Xi generation – those who came of age in the past decade – are more oriented toward authoritarianism than preceding generations.

The reposting of official state messages by celebrities could have far-reaching ramifications.

When politically sensitive events occur, Chinese citizens often go to celebrities’ Weibo accounts to discern their stance. On the issue of Taiwan, the heightened nationalist sentiments seemingly prompted users to monitor celebrities and expect them to express support for the Chinese government.

Moreover, the reposting of official messages by celebrities serves to transform popular culture into a key instrument by which the Chinese government can legitimize its position on sensitive issues. – Rappler.com

Dan Chen is an Assistant Professor of Political Science, University of Richmond.

Gengsong Gao is an Associate Professor of Chinese Studies, University of Richmond.