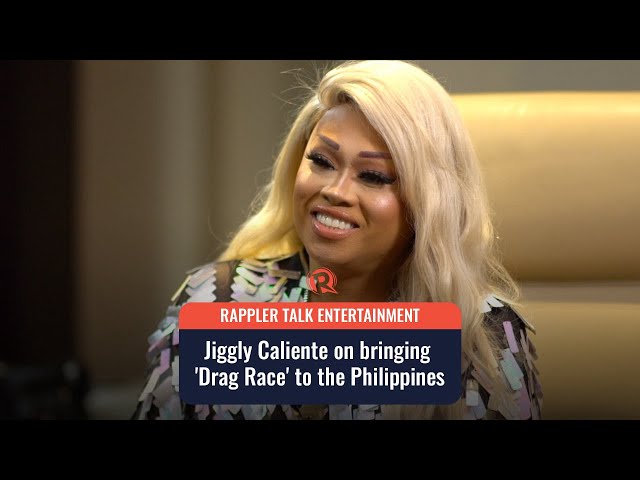 MANILA, Philippines – The phenomenon that is RuPaul’s Drag Race has just sunk its perfectly-manicured claws deeper into the Filipino audience with the premiere of Drag Race Philippines on August 17.

For the first time in Drag Race herstory, 12 Filipino queens are battling it out to become the Philippines’ first drag superstar. The tough job of deciding who wins falls on the shoulders of the show’s host, the regal Paolo Ballesteros or Mama Pao, and its judges: digital presenter Kaladkaren, and Drag Race alumna Jiggly Caliente.

Filipino-American Jiggly first competed on Drag Race way back in 2011 on the show’s fourth season. She returned to the show on its sixth All Stars season in 2021. After an early exit, she was invited to become a judge on Drag Race Philippines.

In this Rappler Talk Entertainment, Jiggly talks about going from two-time contestant to judge, how she has kept up with Filipino culture while living in the United States, and what she sees for the future of the Philippine drag scene.

Catch the conversation on Saturday, August 20. Bookmark this page or head over to Rappler on Facebook. – Rappler.com