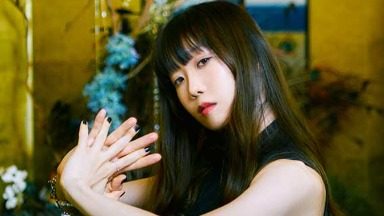 Facebook Twitter Copy URL
Copied
The two have worked together on the theme song of 'Demon Slayer: Kimetsu no Yaiba Entertainment District Arc'

On a New Year’s Eve Twitter post, Aimer shared the news to the “precious people who have always supported her,” and clarified that she will continue her singing career as long as she can.

“I would be very happy if you continue to walk the long path of music together with me,” she added.

On Sunday, January 1, Aimer and Tobinai’s agency agehasprings also released a statement on its website on behalf of the two co-workers.

“We pledge that we will further treasure each other’s music. We would be very happy if you continue to walk the long path of music together with us. We would appreciate your warm support,” they said.

Aimer is known for singing and writing the opening theme song of ufotable’s Demon Slayer: Kimetsu no Yaiba Entertainment District Arc, which Tobinao co-composed with Kenji Tamai. The couple has also collaborated for other theme songs, such as for After The Rain, Fate: Unlimited Blade Works, Night World, Vinland Saga, and more.