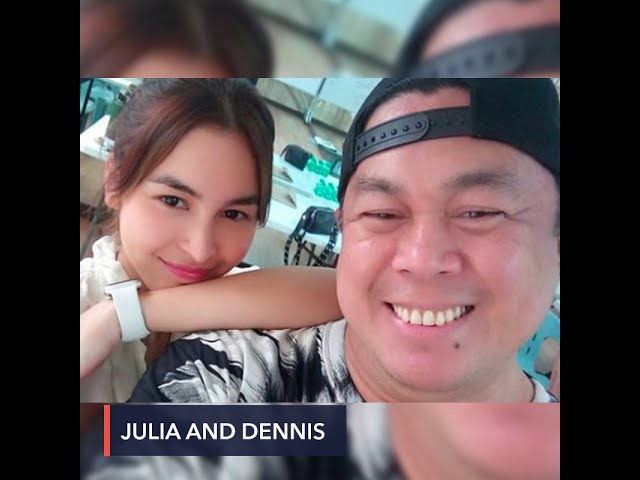 Julia Barretto opened up about how she fought to maintain a good relationship with her father Dennis Padilla in a vlog released on May 1, Saturday.

In the 28-minute video titled “Questions I’ve Never Asked My Dad,” Julia talked to Dennis about his work, past and present relationships, and his relationship with his children.

Julia started the vlog by asking her dad about his greatest takeaway from his separation from Julia’s mom, Marjorie.

The comedian also added that he realized all his shortcomings after his recent battle with COVID-19.

“Actually, I am the one to be blamed. Walang kasalanan ang nanay mo. Kasalanan ko ‘yun (It’s not your mother’s fault. It’s mine),” he continued.

Aside from her parents’ relationship, Julia also asked Dennis about the greatest lesson he’s learned from their past misunderstandings.

Dennis then recalled how hurt he was when Julia wanted to drop her dad’s surname, Baldivia, in 2014: “That was a dagger, it’s not the pangalan (name). That’s my blood. Barretto na nga lang ang dala mo sa screen name mo tapos tatanggalin mo pa ‘yung Baldivia?”

(You were already using Barretto as your screen name and then you wanted to remove Baldivia as your legal name?)

He also added that he felt frustrated because he wasn’t able to ask his daughter her reasons for the name change.

Julia explained to Dennis they wanted to drop the Baldivia surname because they were “trying to correct your mistake” and that she was also “too pained” to even communicate with her dad.

“You question why you feel like nobody’s responding, not knowing how much pain and hurt you’ve caused us before trying to talk to us. That’s why you couldn’t hear from us. We were already too pained, too scared of you,” she said.

“I wish you would also recognize and acknowledge the fact that maybe ‘I have done something to scare my kids off.’ Before, when we would speak over the phone, you wouldn’t always have the best tone and the best choice of words. That scarred me, that traumatized me, that scared me,” Julia continued.

The actress also said that despite their painful history, she still “fought hard to keep a certain relationship” with Dennis. “I didn’t ever give up in our relationship. If I had given up, we wouldn’t be talking right now. I kept trying and that was painful for me. I was fighting so hard for our relationship despite all the words thrown at me by my own dad,” she added.

A change of heart

After looking back at their past misunderstandings, Julia revealed that “all is well and forgiven” now. The actress added that she appreciated how her dad admitted his own shortcomings.

“One of the most important things in life and with people you love is being able to forgive each other,” she said. Julia also shared how happy she is that her dad Dennis has a good relationship with her and her siblings. “I’m so proud of you. I saw the change after your journey with COVID. I appreciate all our conversations now. Everybody is so much more humble, understanding, and forgiving. I saw your change of heart,” she said.

Dennis echoed the sentiment, saying that he wants to maintain his good relationship with his children. “Sana mabigyan ako ng chance na makabawi sayo, hindi lang naman sa iyo ako may atraso, sa marami din. Hindi ko alam kung makakabawi pa ako, pero kung saan ako aabutin,” he said. (I wish I’d be given the chance to make things right. I didn’t only hurt you, I hurt other people too. I don’t know if I could still make things better but I’ll do my best).

The actor also took the chance to share how proud he is of Julia for being a good actress. “Yung pagiging maganda at pagiging pogi, may limit ‘yun. Pero ‘yung pagiging magaling, limitless ‘yun. (Good looks have limits. But if you’re a talented actor, that’s limitless),” he said. – Rappler.com