MANILA, Philippines – Julia Barretto has set the record straight on her relationship with boyfriend Gerald Anderson, after rumors that the two had broken up circulated on social media.

The 25-year-old Expensive Candy actress shared in a YouTube interview with Karen Davila on Thursday, September 15, that she and Gerald are still together. She also said that the fact that those rumors are spread almost every month means that it’s a “sign that [they’re] really able to protect [their] relationship and keep it private.” 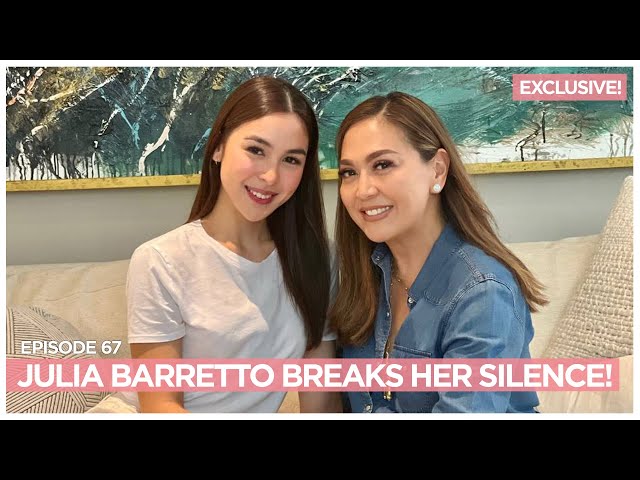 The online buzz on their alleged breakup stemmed from recent speculations that Gerald and Unravel co-star Kylie Padilla were in a relationship, and that they were expecting a child together. Both Gerald and Kylie denied the rumors. In July 2021, Kylie confirmed her split with estranged husband Aljur Abrenica after three years of marriage.

Julia said that she fully trusts Gerald and “there’s no reason for her to doubt” him. She also said that their “serious” relationship provides her a “safe and healthy environment” in her life, and that his kindess has really “grounded her” and has motivated her “to become a better person.”

Julia also told Karen that plans of marriage aren’t in the cards just yet, since it’s not up to her. However, she believes it will “come at the right time.”

“But I do feel very secure in the relationship that we have, and I’m really happy. I don’t have anything to worry about,” Julia added.

Gerald called Julia “the one” in August 2021, after first publicly addressing his relationship with Julia in March, though the pair were rumored to be together long before that.

In May 2019, the pair starred in the film Between Maybes. A few months later, in July 2019, Bea Alonzo, Gerald’s girlfriend at the time, said that he “just started not talking” to her – fueling rumors that he had cheated on Bea with Julia.

Julia denied being involved in cheating at the time, though Bea later said in an April 2021 interview that Gerald not only cheated on her and ghosted her but also gaslighted her. Bea is currently dating actor Dominic Roque. – Rappler.com