Jussie Smollett to be released from jail while appealing conviction 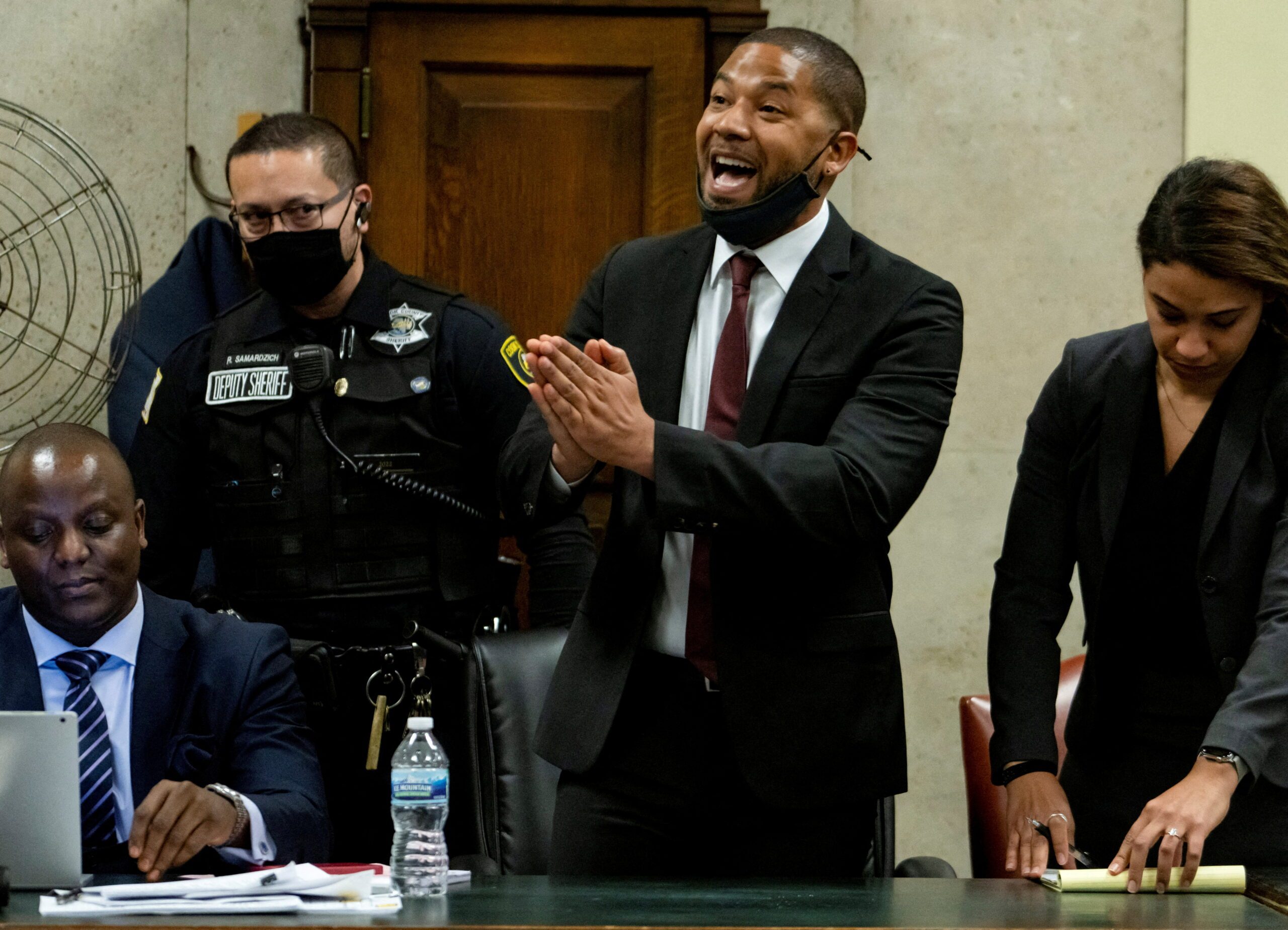 Facebook Twitter Copy URL
Copied
After being sentenced to jail time for staging a hate crime, the actor is now free from prison after an appeals court ordered his release

An Illinois appeals court on Wednesday, March 16 ordered the release of actor Jussie Smollett from jail while the one-time star of the TV drama Empire appeals his conviction for staging a hate crime against himself.

The 2-1 ruling by a three-judge panel noted that Smollett’s conviction was for a non-violent offense and said he could be released upon posting a $150,000 recognizance bond. It was unclear when Smollett might walk free.

Smollett has spent six nights in jail since a Cook County judge sentenced him to 150 days of confinement plus 30 months of probation, ordered him to pay over $120,000 in restitution, and fined him $25,000.

In December a jury found Smollett, 39, guilty of five counts of disorderly conduct for falsely telling police he was accosted on a dark Chicago street by two masked strangers in a racist and homophobic attack in January 2019. The investigation revealed that Smollett, who is Black and gay, paid two men to stage the attack.

Despite maintaining his innocence, Smollett lost his role as a singer-songwriter in the final season of Empire, a Fox television hip-hop drama that ended a five-year run in 2020. – Rappler.com