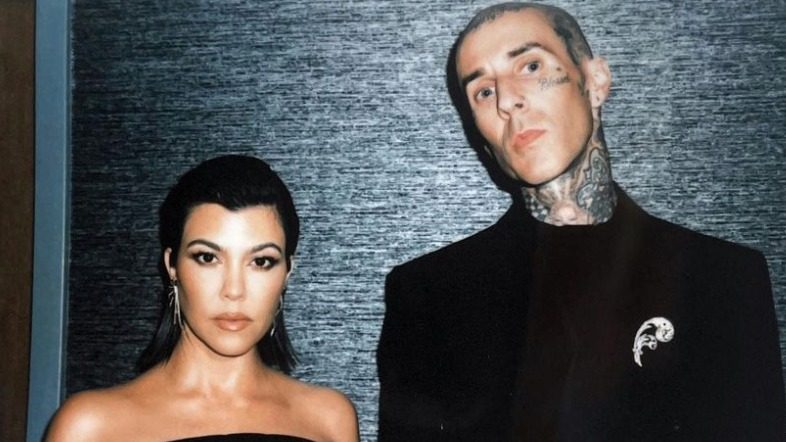 Facebook Twitter Copy URL
Copied
After the Grammys, the couple held a surprise wedding ceremony at the One Love Wedding Chapel in Las Vegas

MANILA, Philippines – Kourtney Kardashian and Blink-182 drummer Travis Barker reportedly tied the knot in a surprise wedding ceremony at the One Love Wedding Chapel in Las Vegas on Monday, April 4, according to US media outlets.

According to PEOPLE, TMZ, and E! News, the couple took advantage of their Vegas stay after stepping out of the 2022 Grammys together by having a private wedding with the same clothes they wore in the awards show. The Las Vegas ceremony was reportedly held at 1:45 am and lasted about 30 minutes.

There are no photos from the venue, as they were told the couple’s photographer and security would handle it instead.

In an interview, Marty Frierson, the owner of the 24-hour chapel, told PEOPLE that when it happened, Kourtney and Travis came to the place, looked for him, paid, and requested an Elvis Presley impersonator to officiate the wedding. He added that the two showed much love and fun throughout the ceremony in front of the few guests present.

A TMZ report says it is unclear whether Kardashian and Barker obtained a marriage license before the ceremony, although the chapel apparently required them to have one. Furthermore, a source claims the two hadn’t had any, which would make the wedding invalid.

The two hadn’t signed a prenup before the wedding happened, but are reportedly finalizing a postnup agreement instead, TMZ said. This means that they will have separate earnings and properties in the marriage, with Kourtney reportedly worth around $65 million and Travis around $50 million. They are also reportedly planning a future ceremony with family and friends.