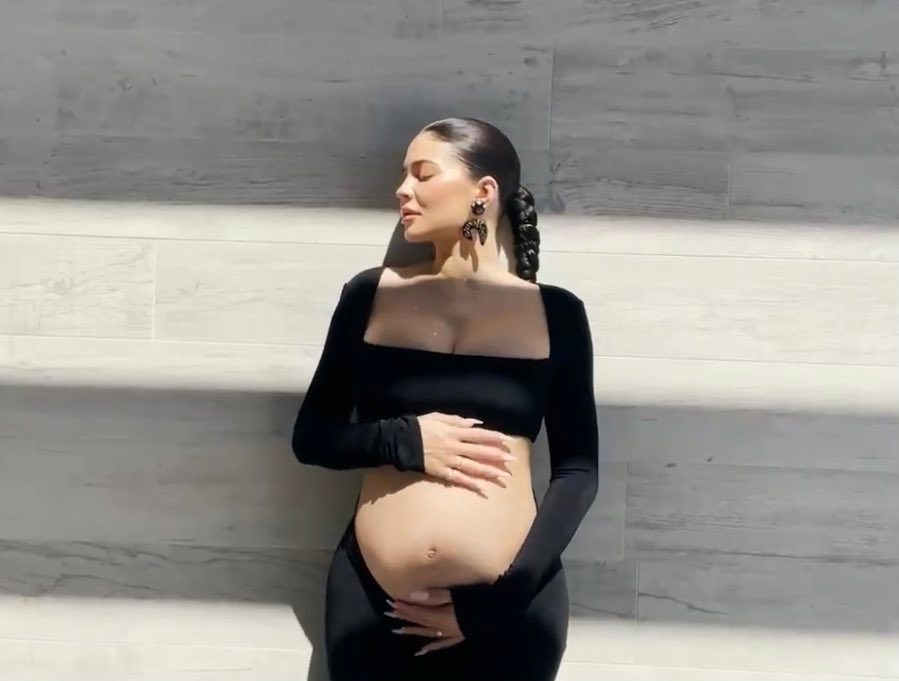 KYLIE JENNER. The beauty mogul is expecting her second baby.

Kylie Jenner is expecting her second child with Travis Scott.

The Keeping Up with Kardashians star confirmed the news on Wednesday, September 8,  in an Instagram video documenting her pregnancy journey.

The 90-second clip begins with Kylie holding up a positive pregnancy test before it cuts to Scott hugging her in a bathroom after hearing the news. Together with their daughter Stormi, they went for a doctor’s appointment where they were told that the baby is a “couple days away from a heartbeat.”

Kylie also included her mom Kris Jenner’s reaction about the news. “We’re gonna have a baby! This is one of the happiest days of my life,” Kris said.

Later in the video, Kylie shows a montage of clips of her birthday celebration, more doctor’s appointments, and her growing baby bump. The clip ended with her daughter Stormi kissing her belly.

She tagged Scott in the video and captioned it with a white heart and a pregnant woman emoji. In the comments section, Kylie’s sisters shared their happiness and excitement for the newest addition to the Kardashian-Jenner clan.

“Crying” said Kim Kardashian, while Kourtney Kardashian wrote, “This is so beautiful, my blessed angel sister.”

Kris also added, “What a special and amazing blessing and gift God has given you.”

In August, several US media sites first reported about Kylie’s second pregnancy. “She has been wanting to give Stormi a sibling for a while. She loves being a mom,” PEOPLE Magazine quoted a source as saying. Another source told US Magazine that Kylie has been “trying for almost two years to get pregnant.”

Travis and Kylie began dating in 2017 after meeting at a Coachella festival. Kylie gave birth to Stormi Webster in February 2018.

Travis and Kylie split  in October 2019 and agreed that their friendship and their daughter would be their “main focus” and “priority.” In June 2021, a source told PEOPLE Magazine that the two are “very close again” and “they never put any pressure on their relationship.”   – Rappler.com