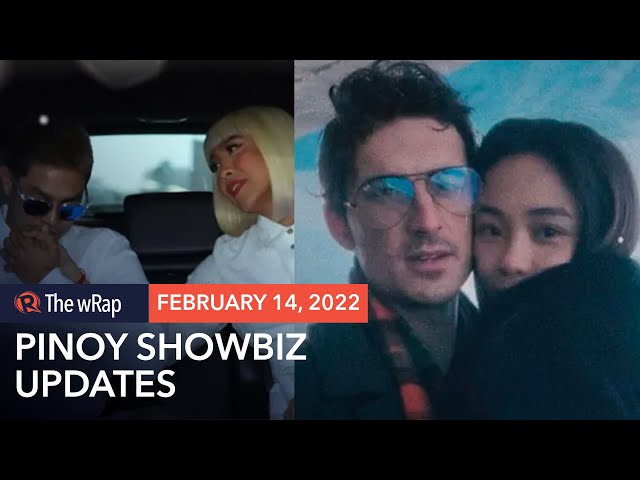 MANILA, Philippines – Maymay Entrata surprised many of her followers when she introduced her “Valentino” to the public for the first time, in time for Valentine’s Day.

In an Instagram post on Monday, February 14, Maymay shared a photo of her and a man hugging, a snowcapped mountain in the background. “Happy Birthday my Valentino,” she captioned the post, adding a heart emoji.

In the comments section, Maymay’s celebrity friends have expressed their happiness for the actress as well as their support for the two of them.

Maymay first confirmed that she had someone special in an April 2021 interview with Mega Magazine, where she said: “Sa totoo lang po, may nagpapasaya na po sa aking puso at nawa’y kahit anong maging desisyon namin ay respetuhin po ‘yun ng aking mga taga-suporta.” (To be honest, someone is already making me happy. And I hope that whatever decision I make, my supporters will respect that.)

In June 2021, Maymay once again addressed the rumors linking her to actors Donny Pangilinan and Edward Barber, reiterating that her someone special is not a celebrity.

Maymay, 24, entered showbiz through Pinoy Big Brother: Lucky Season 7, where she was hailed as the edition’s Big Winner. Since then, she has starred in several movies and teleseryes, and has even released digital singles. She has also graced international fashion shows. – Rappler.com