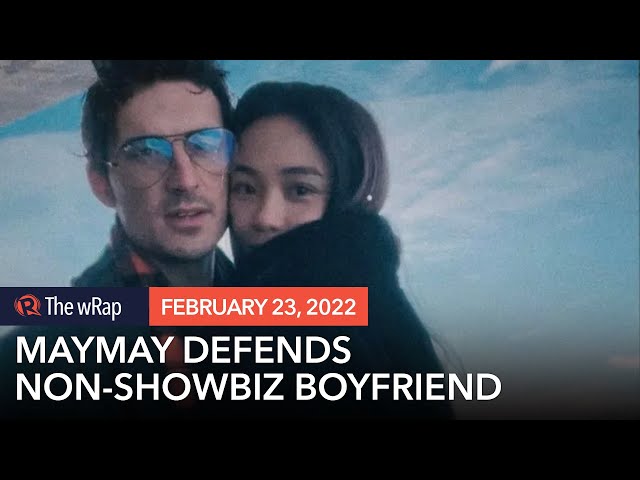 MANILA, Philippines – Maymay Entrata has had enough of netizens spreading rumors about her non-showbiz boyfriend.

In a tweet on Tuesday, February 22, the Filipina celebrity called out a YouTube channel who called her boyfriend a “scammer” and even threatened to take legal action if the clip was not taken down.

(Fake news! If you don’t delete this and still continue to spread false information to destroy other people’s lives, don’t wait until we reach the point where we bring this to court. Thank you.)

The video has since been deleted on YouTube, but a preview of the thumbnail shows the words “scammers” and “Fake si jowa reveal (The boyfriend reveal is fake) edited onto a photo of Maymay and her boyfriend. The clip also compared Maymay’s boyfriend to Simon Leviev, the con man featured in the Netflix series Tinder Swindler who pulled scams on the dating app to deceive his matches.

Maymay went Instagram official with her new beau on February 14, sharing a post of them hugging. She did not reveal his name but called him “Valentino.” Fellow celebrities have expressed their happiness and support for the couple.

Prior to that, Maymay has mentioned in several interviews that she has a special someone outside of showbiz, but kept mum about their relationship or his identity.

Maymay, 24, entered showbiz through Pinoy Big Brother: Lucky Season 7, where she was hailed as the edition’s Big Winner. Since then, she has starred in several movies and teleseryes, and has even released digital singles. She has also graced international fashion shows. – Rappler.com