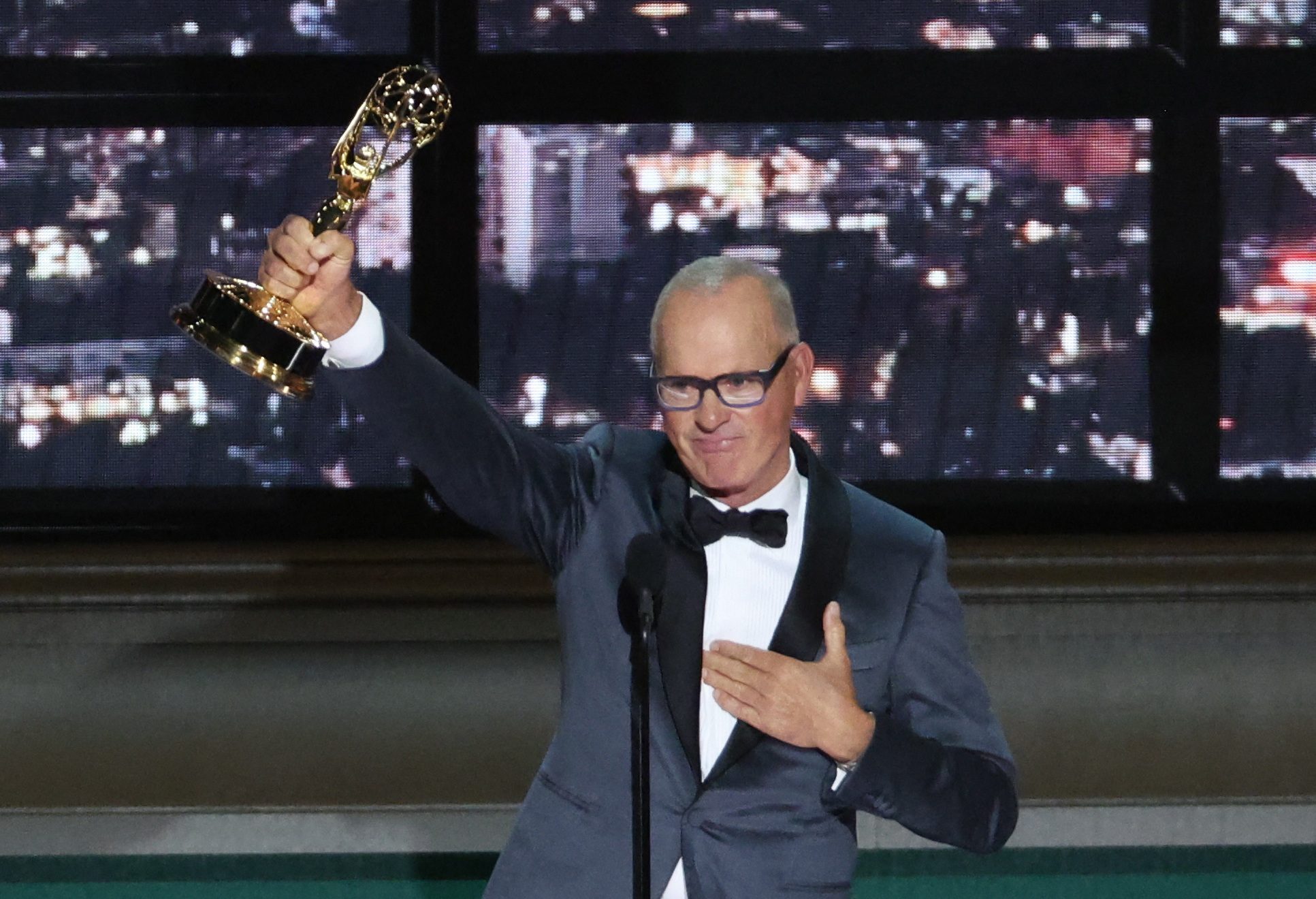 Michael Keaton accepts the award for Outstanding Lead Actor In A Limited Or Anthology Series Or Movie for "Dopesick" at the 74th Primetime Emmy Awards in Los Angeles, California, U.S., September 12, 2022.

LOS ANGELES, USA – Michael Keaton landed an Emmy award on Monday, September 12, for playing a small-town doctor who becomes addicted to painkillers in Dopesick as Hollywood stars gathered to toast the best of television.

Keaton starred in the Hulu limited series that turned a spotlight on America’s opioid epidemic. The actor thanked people in his life who had supported him over the years despite the fact “I made a fool of myself over and over again.”

“I had some doubters,” Keaton said as he held his Emmy for best actor in a limited series. “You know what? We’re cool.”

Murray Bartlett, who played a hotel manager at a ritzy resort in HBO’s The White Lotus, was named best supporting actor in a limited series.

“I just want to thank my mom, all the way home in Australia, for giving me the most wonderful foundation of unconditional love and inspiring me to believe that we can all do that for each other,” Bartlett said.

Saturday Night Live star Kenan Thompson, host of the event at the Microsoft Theater in downtown Los Angeles, promised a festive night to celebrate one of the world’s favorite pastimes.

“What would we do without television, read books?” he joked, before joining dance numbers to theme songs ranging from classic
sitcom Friends to current best drama nominee Stranger Things.

“Tonight is a party!” yelled surprise presenter Oprah Winfrey from the stage.

But awards experts say newcomer Squid Game could snag the trophy, and if so it would make history as the first non-English language program to claim a series Emmy. The show about life-or-death contests offering the possibility of riches became a global phenomenon when it debuted on Netflix Inc a year ago.

Other competitors include Apple TV+ workplace thriller Severance, which has generated recent buzz in Hollywood, and the final seasons of Netflix’s Ozark and AMC’s Better Call Saul.

In the comedy race, Apple TV+ feel-good series “Ted Lasso” is back for more after being named best comedy last year. Its rivals include Hulu’s Only Murders in the Building, starring Steve Martin, Martin Short and Selena Gomez as neighbors who become true-crime podcasters, and ABC’s Abbott Elementary about teachers at a predominantly Black school in Philadelphia.

Short and Martin are competing against each other for best comedy actor, along with Lasso star Jason Sudeikis. Contenders for lead comedy actress include Quinta Brunson, the 32-year-old creator and star of Abbott Elementary, Insecure star Issa Rae, and Jean Smart of Hacks. – Rappler.com