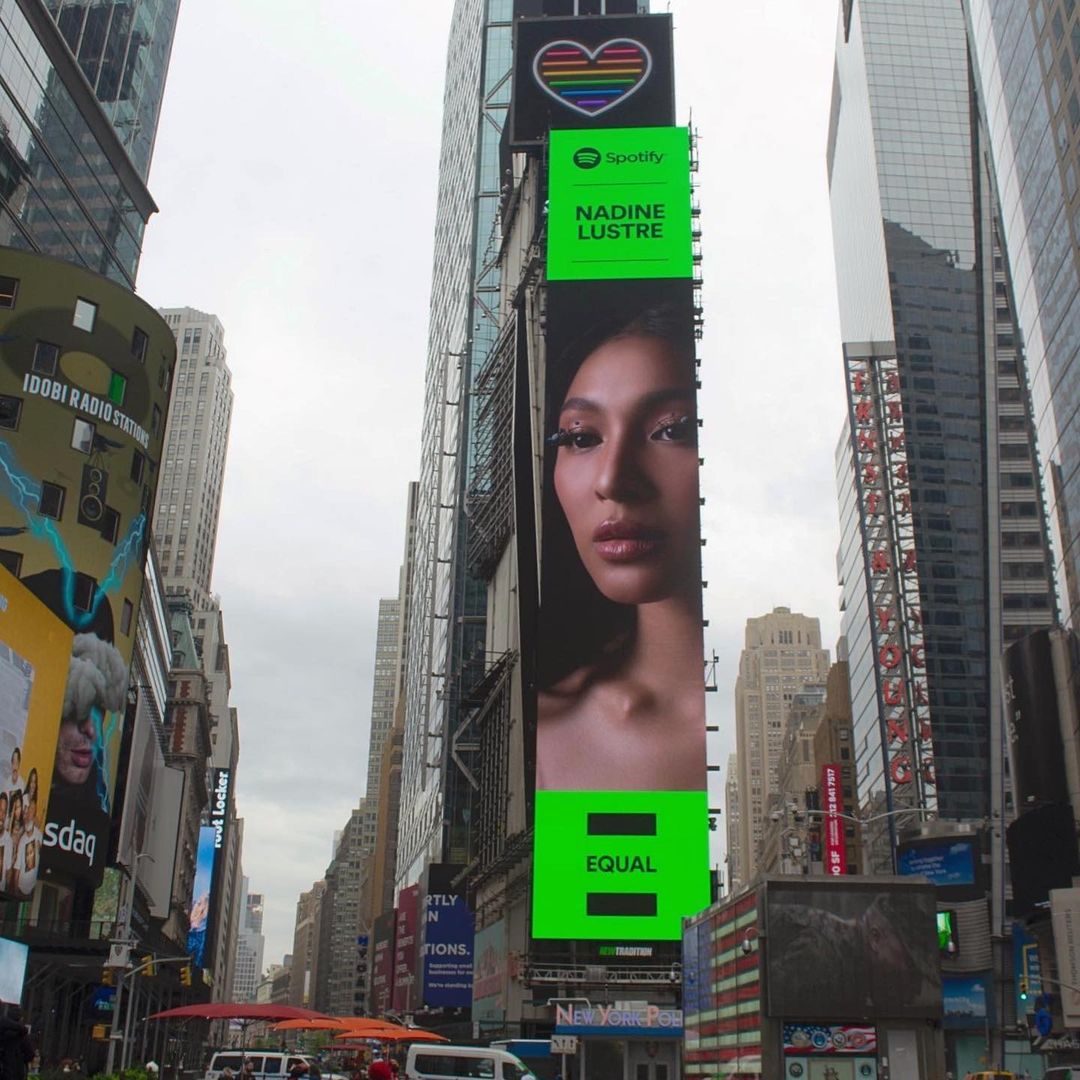 Nadine Lustre has made it to New York’s famous Times Square, appearing in a digital billboard for Spotify.

Nadine shared a photo and video of the billboard on Instagram on April 30, saying “we made it to NYC fam,” and tagging her label, Careless.

The billboard promoted Spotify’s series of “EQUAL” playlists, which compile tracks from female artists all over the world. Nadine is featured on the cover of the Philippines playlist.

Other artists that were shown on the billboard include Thai singer-songwriter Bowkylion, and Indian artists Shalmali and Sunidhi Chauhan.

Nadine, who grew her fanbase as an actress, released her debut album Wildest Dreams in October 2020. – Rappler.com